Don Lemon’s July 4th Message: Be an American, ‘Not an American with a Prefix’
AUDIO

Don Lemon’s July 4th Message: Be an American, ‘Not an American with a Prefix’ 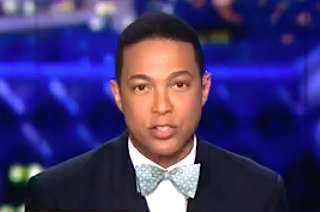 Inspired by the unity he saw on display this week surrounding the World Cup, CNN’s Don Lemon decided to use his regular radio appearance on The Tom Joyner Morning Show to deliver an Independence Day challenge to Americans of all races and ethnicities.

Despite Team USA’s loss on Tuesday, Lemon said they “taught us about what it means to be an American, to be a real patriot.” He said, “what they did as a disparate team of brothers unwittingly inspired Americans to come together to actually socialize with each other, in person and not on some electronic device.”

As we demonstrated during last week’s game against Germany, CNN’s newsroom was one of many that seemed to stop what they were doing to come together and watch the matches. “They forgot about their cellphones and computers and most of all their perceived stations in life and were looking each other in the eyes and communicating without pretense and a keyboard,” he said of his colleagues.

The display showed Lemon that Americans “aren’t as divided as we think we are,” adding, “More often than not we think of ourselves as black, white, Asian and Hispanic when the real America is so much more than that.”

“Think about just how much we’d get accomplished if we collectively viewed the people with whom we came into contact as just an American and not an American with a prefix,” he said. “If we did it for something arguably as trivial as a sporting event, surely we can do it for something as important as democracy — just as our founders did 238 years ago this week. Something to think about on this Independence Day.”