Dr. Dre Apologizes for Past Violence Against Women; Apple Backs Him Up 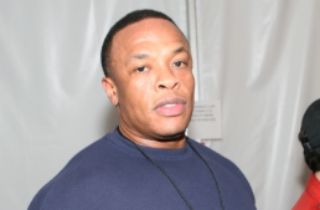 Gangsta rap fans naturally expected that the N.W.A biopic film Straight Outta Compton would chronicle the various challenges that the group faced while rising to fame. What some many have noted, however, is that the film does not include any references to Dr. Dre‘s history of violence towards women, particularly his assault of former journalist Dee Barnes two decades ago.

In light of the story’s return to prominence, Dre released a statement:

Twenty-five years ago I was a young man drinking too much and in over my head with no real structure in my life. However, none of this is an excuse for what I did. I’ve been married for 19 years and every day I’m working to be a better man for my family, seeking guidance along the way. I’m doing everything I can so I never resemble that man again. I apologize to the women I’ve hurt. I deeply regret what I did and know that it has forever impacted all of our lives.

And Apple — which purchased his Beats company in 2014 — provided their own statement to the New York Times, defending him:

Dre has apologized for the mistakes he’s made in the past and he’s said that he’s not the same person that he was 25 years ago. We believe his sincerity and after working with him for a year and a half, we have every reason to believe that he has changed.

Barnes’ concerns attracted renewed attention for her essay on Gawker, where she described how Dre attacked her at a release party for one of his records. The essay described both Dre’s anger about a segment Barnes did about him on her former TV show, Pump It Up, as well as the conversations Barnes has had with other women abused by the rapper.

Director F. Gary Gray said that there were plans to address that part of Dre’s history, but the film script was running long and needed cuts. He said that the extended director’s cut will contain those scenes.