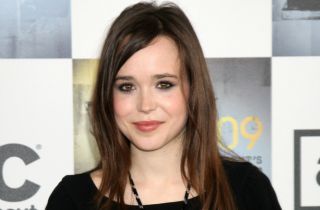 Openly gay actress Ellen Page doesn’t think that a straight actor should be called “brave” just because they play a gay character in a movie or television show.

In an interview with Time Magazine, Page––who’s starring in the upcoming movie Freeheld about a lesbian couple dealing with tragedy after one of them is diagnosed with lung cancer––calls the very idea of calling any actor brave a bit silly, because “our job is to read something on a page.”

“I’m never going to be considered brave for playing a straight person,” she elaborates, “and nor should I be.”

Page also addresses the decision she made to come out in a speech last year:

I remember watching the Pussy Riot documentary and thinking, “Oh my God. The courage of these people.” It’s just like, “Dude, come out—just say you’re gay. You’re privileged, you have a family. You have no excuse.” It kind of got to the point of—I felt guilty, to be honest with you, and I believe I absolutely should have. It’s become kind of a moral imperative to speak up. I know there’s been so much progress, but there’s still so much suffering in America, in Canada, and all over the world.

Page recently went to the Iowa state fair to confront Ted Cruz about his views on gay rights.