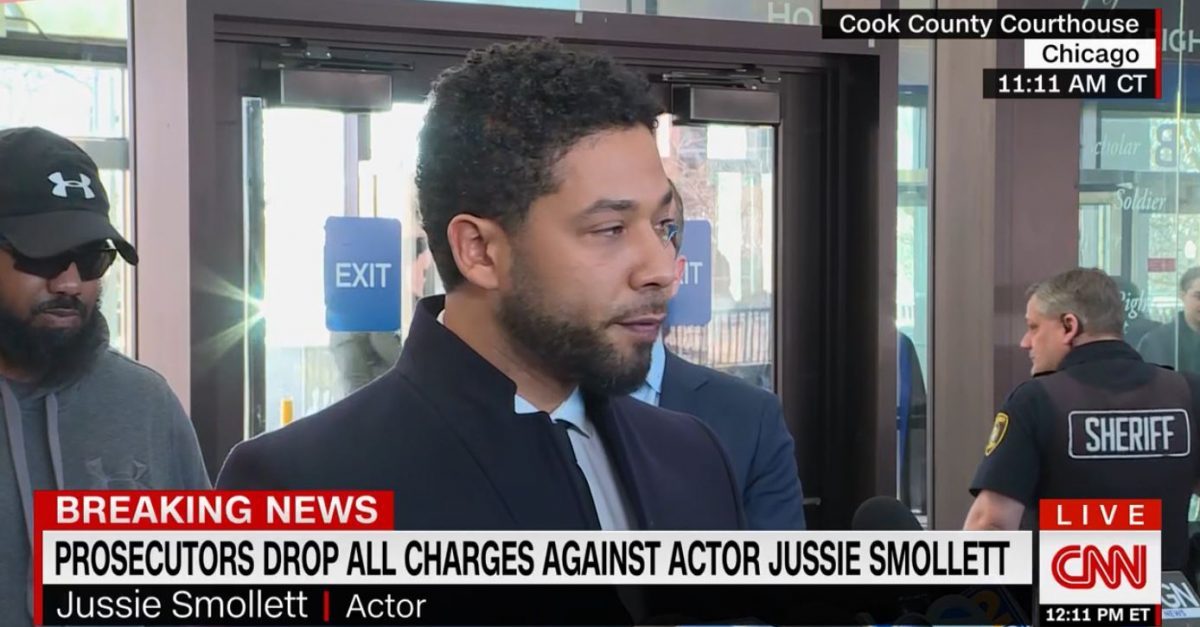 While many expressed bewilderment after all charges were dropped Empire actor Jussie Smollett for allegedly staging a hate crime, there is one group of people who are happy with the news: the writers of Empire.

Tweeting a picture of the T.V. showing the news on their Twitter account, they said “see y’all Wednesday”:

Empire writer Cameron Johnson took it a step further and tweeted at Rob Elgas, a Chicago-based reporter for ABC 7 who has been covering the case since it first broke in January.

Johnson accused Elgas of reporting “a bunch of false information and never retracted it”:

You reported a bunch of false information and never retracted it. Do your job, yes. But reporting on leaks that have been proven false is beneath you.

When Elgas asked what he got wrong, Johnson simply tweeted emojis at Elags:

Joe Magats, the first assistant state’s attorney, told reporters that while they are no longer prosecuting Smollett, it does not mean they exonerated him.

NEW from Chicago: Joe Magats, the first assistant state’s attorney who made the final decision to drop the charges against Jussie Smollett, says in an interview: “We didn’t exonerate him.”

More from the asst state’s attorney: “Here’s the thing — we work to prioritize violent crime and the drivers of violent crime. Public safety is our number one priority. I don’t see Jussie Smollett as a threat to public safety.”