What We Know About Jeremy Christian Oregon Stabbing

Everything We Know About the Fatal Stabbing on an Oregon Train 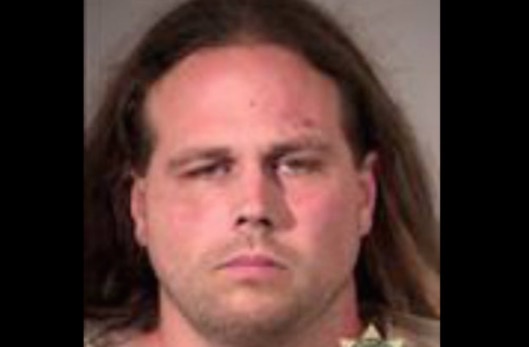 As you know from our sister site LawNewz and from Twitter, there was a fatal stabbing on a train in Portland, Oregon last night. Let’s go over everything we know so far.

The Portland Police Bureau reported that yesterday at around 4:30, a call came in notifying them of an incident on the MAX train at the Hollywood Transit Station. Here’s what happened, in their words:

Preliminary information indicates that the suspect was on the MAX train yelling various remarks that would best be characterized as hate speech toward a variety of ethnicities and religions. At least two of the victims attempted to intervene with the suspect and calm him down. The suspect attacked the men, stabbing three, before leaving the train.

Witnesses described to police two young women, possibly Muslim, who were on the train at the time of the disturbance and attack, but left prior to police arrival. The young women have not been identified but one was described as wearing a hijab. Detectives would like to speak to them, and any other people who left the scene, as they may be witnesses to this incident.

Across social media, there are calls for the media to explicitly label this a hate crime and a terrorist act alongside memorials for the victims, Taliesin Myrddin Namkai Meche and another unidentified man.

Taliesin Meche, 2016 graduate of Reed College, was murdered yesterday while defending strangers from racist abuse. A role model and a hero. pic.twitter.com/H2lZCsxkyA

The suspect in the stabbings is Jeremy Christian and he’s been caught.

Notably, he is reportedly a known white supremacist who was recently interviewed at a “free speech” rally to which he brought a baseball bat. At that event, he used the n-word and performed Nazi salutes.

From the Portland Mercury piece about Christian’s white supremacist activism:

Christian is a known right wing extremist and white supremacist. On April 29, Christian showed up to the right-wing “March for Free Speech” on 82nd Avenue in Montavilla with a baseball bat in an attempt to assault left-wing protesters. The bat was quickly confiscated by Portland police officers. He ranted how he was a nihilist. He’d soon yelled racial slurs (“fuck all you n*****s”) and gave the Nazi salute throughout the day. He yelled “Hail Vinland” throughout the day.

A few Portland police officers on April 29 appeared to be familiar with Christian, but not threatened by him. They claimed he had a head injury and was mentally ill.

That writer specifically recalled Christian using Facebook to threaten to shoot any police officer who attempted to disarm him. He was not arrested for the threat, per the Portland Mercury.

We will have more on this as it develops.