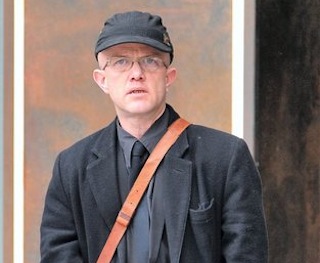 Currently, the Internet is abuzz with the news that actor Shia LaBeouf does some fully nude dance in the new Sigur Rós music video. Many are stunned that the actor would do something so brave. However, it totally makes sense. LaBeouf is, of course, the star of the Transformers movies and, as we all know, Michael Bay films always have to do everything bigger and better than other movies, even off-screen! By showing his “witwicky,” LaBeouf was just trying to compete with an actor from another huge sci-fi trilogy; Nicholas Read, an actor who played an Ewok in Return of the Jedi and is now facing possible jail time for unleashing his lightsaber on British trains.

Read just had a plea hearing for an offense last January in which he flashed a student on a train and used a phone to take a picture of her friend’s reaction. And, unfortunately, this isn’t the first time he’s done something like this. At the time of the incident, he had actually begun a treatment program following a similar crime.

From the Manchester Evening News:

“Read – who appeared as an Ewok in Return of the Jedi, and a goblin in Harry Potter and the Philosopher’s Stone, has now been warned he could be locked up. He admitted exposure on January 21, at a Manchester Crown Court plea hearing.

The court heard that back in October 2010, Read sat next to a schoolgirl on a London to Leicester train and performed a sex act under a juggler’s hat for half an hour.

Read, of Wade Close, Cheadle, Staffordshire, has a number of sex offences on a criminal record dating back to 1995. He has previously been convicted of making lewd phone calls to women.”

Oh, Jeez. This is one of those stories where the headline’s kind of funny but the content itself isn’t funny at all, is it?

Speaking of headlines, this all brings up an interesting cultural question to discuss. Hypothetically, if a person was in a Star Wars film multiple decades ago, how many horrible crimes do they have to commit before headlines stop referring to them simply as “Ewok actor”?