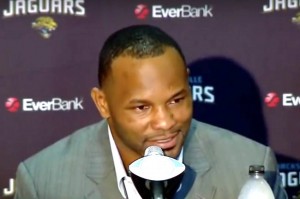 Retired NFL running back Fred Taylor claims that doctors recommended by the league never told him he had a fractured clavicle and other major injuries, which he played through for years.

clavicle, 2 partially torn labrum, one in each shoulder. I’m Appalled! I was never told this as a player. Oversight? Or BS!

I’ve always gotten a sensation n my shoulders but I though it was fatigue. All these years have passd and now I discover my shoulders jackd

Seems the “neutral doctors” we are referred to by the league overlooked the injuries and issues I currently deal with. Nice job guys

They gave me this stupid nickname “fragile Freddy” after I had TORN my groin off the bone. Somehow it 2 was diagnosed as a minor strain ?

Taylor says he’s applied for “Line of Duty” pay from the league on three occasions, and has been denied each time. According to the NFL Alumni Association, which is largely comprised of ex-players and coaches, the Line of Duty benefit is given to those who incur “substantial disablement arising out of NFL football activities.” Taylor claims to have suffered permanent shoulder damage.