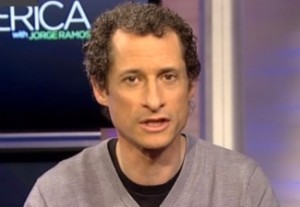 CNN is reporting that the FBI and NYPD have begun a preliminary investigation into allegations that the former New York congressman exchanged lewd text messages with a 15-year-old girl.

According to the network, federal prosecutors have issued a subpoena for Weiner’s cell phone and other records.

The move comes after the release of a comprehensive Daily Mail report which details the alleged contact between Weiner and the 15-year-old.

From the Mail report:

In the online messages, Weiner, 51, sent bare-chested photos of himself to the underage girl, repeatedly called her ‘baby’ and complimented her body, and told her that he woke up ‘hard’ after thinking about her, according to copies of the conversations.

In one particularly lewd message, he told the teen: ‘I would bust that tight p***y so hard and so often that you would leak and limp for a week.’

Weiner claimed to the Mail that he was the victim of a hoax:

“While I have provided the Daily Mail with information showing that I have likely been the subject of a hoax, I have no one to blame but me for putting myself in this position,” Weiner said, adding, “I am sorry.”

CNN notes that according law enforcement sources, the prosecutors who subpoenaed the cell phone are working out of US Attorney Preet Bharara‘s office.