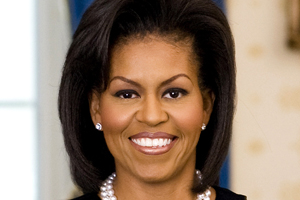 During an interview with NPR’s Michel Martin, host of Tell Me More on Monday, First Lady Michelle Obama responded to a question about Democratic strategist Hilary Rosen‘s controversial assertion that Ann Romney had never worked a day in her life. “Now you, your husband, a lot of other people have said that these remarks were inappropriate. But I just have to ask though, didn’t she have a point?” Martin asked. “If more than 70 percent of married American mothers work outside the home — that doesn’t even count all the single mothers — and for most of these women, it’s not a choice; it’s a[n] economic necessity — wasn’t it a fair point, even if you don’t agree with it, to say that perhaps Ann Romney is not best positioned to advise her husband on economic issues affecting American women?”

Obama disagreed with the premise of Martin’s question.

“You know, let me tell you, the one thing I believe is that families are off-limits,” Obama responded. “And I think my husband said it, and he was clear on that. And I totally agree with him. I also — and my comment that I tweeted, which was we need to respect all women in the — in whatever positions and roles they play in this society. That’s where we need to be. And I think that’s all I have to say on the issue. I think we’ve said all that we have to say on the issue.”