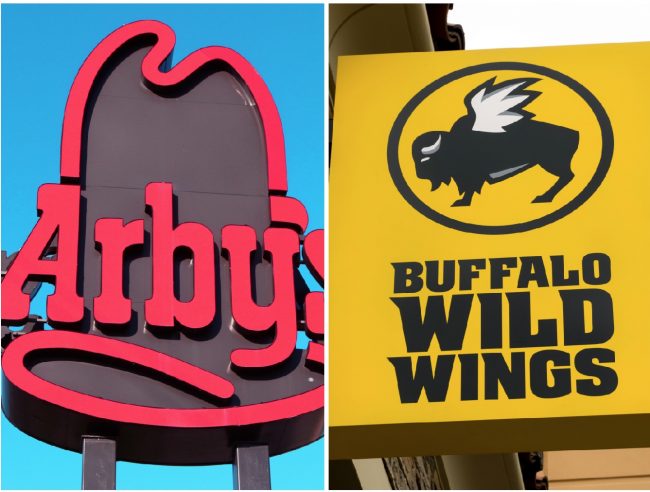 The fast food world was rocked Tuesday by the news that Arby’s is purchasing Buffalo Wild Wings for $2.4 million dollars.

“Buffalo Wild Wings is one of the most distinctive and successful entertainment and casual dining restaurant companies in America,” Arby’s CEO Paul Brown said in a statement (via USA Today). “We are excited to welcome a brand with such a rich heritage, led by an exceptionally talented team. We look forward to leveraging the combined strengths of both organizations into a truly differentiated and transformative multi-brand restaurant company.”

Food Twitter brought the takes after the news was made public. Here’s a sampling of the social media reaction:

Uhm @Arbys – There are BETTER investments other than @BWWings – Their menu rests in the same cemetery as @PapaJohns – Is it April 1st already?? ?

Buffalo Wild Wings just got acquired by Arby’s for 2.9 billion in what some are calling the “diarrhea deal of the century.”

Arby’s buys Buffalo Wild Wings for $2.9 billion, meaning that they will finally be able to claim to serve actual meat moving forward.

If Buffalo Wild Wings is worth $2.4 billion, then I am worth, like, a trillion bucks https://t.co/X9yq9ksDds

But when modern dining is based on polar ends of experience — high-concept restaurants and free-form food trucks and carts — there isn’t a whole lot of room for a doughy, inauthentic middle. Buffalo Wild Wings discovered this the hard way.

Buffalo Wild Wings is now part of the same company as Arby’s, this is a sad day https://t.co/9YrVBW8Br3

Am I the only one stunned that Arby’s has $2.4 billion to spare?