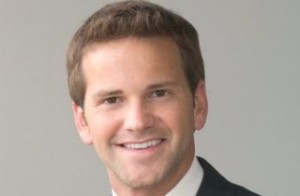 There were reports he was spending money on a photographer and used taxpayer and campaign funds to pay for other extravagances.

At the time, Schock promised more “checks and balances” in his office, while saying he hoped he didn’t break the law.

The FBI launched an investigation and after Schock resigned last year, his own father actually said, “Two years from now he’ll be successful, if he’s not in jail.”

Well, according to Politico, it looks like Schock is being indicted:

The Justice Department will indict former Rep. Aaron Schock Thursday, his attorney said in prepared remarks he was to deliver in Peoria, Illinois, this afternoon…

“This indictment will look bad, but underneath it is just made-up allegations of criminal activity arising from unintentional administrative errors, ” George Terwilliger, Schock’s attorney and a former Justice Department official, said in a statement. “These charges are the culmination of an effort to find something, anything, to take down Aaron Schock.”

A prepared statement circulated earlier today shows that Schock will respond by saying, “Neither I nor anyone else intentionally did anything wrong. As I have said before, we might have made errors among a few of the thousands and thousands of financial transactions we conducted, but they were honest mistakes — no one intended to break any law.”