Gawker Founder to Peter Thiel: You’re ‘Redefining Yourself as a Comic Book Villain’

Gawker Founder to Peter Thiel: You’re ‘Redefining Yourself as a Comic Book Villain’ 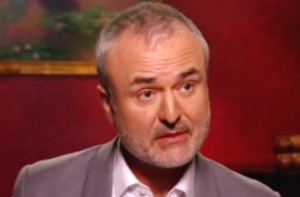 Arguably the biggest media story of the week has been Silicon Valley billionaire Peter Thiel admitting to covering Hulk Hogan‘s expenses in his trial against Gawker. Thiel said yesterday he did it because he truly despises Gawker and some of what it engages in on a regular basis.

Some have cheered on Thiel due to their own disgust of Gawker, others have expressed concerns about setting a precedent of billionaires targeting news outlets they don’t like.

Gawker founder Nick Denton clearly isn’t happy with all this, and he wrote an open letter to Thiel today saying, “Your revenge has been served well, cold and (until now) anonymously.”

He brings up all those times Gawker was critical of Thiel (including that post outing him in 2007) before sardonically observing, “I can see how tempting it would be to use Silicon Valley’s most abundant resource, a vast fortune, against the harsh words of the writers of a small New York media company.”

Denton admits that sometimes Gawker crosses the line (ya think?), but Thiel has done way more than that, going over how Gawker employees have been hurt in this case:

Peter, this is twisted. Even were you to succeed in bankrupting Gawker Media, the writers you dislike, and me, just think what it will mean…

Now you show yourself as a thin-skinned billionaire who, despite all the success and public recognition that a person could dream of, seethes over criticism and plots behind the scenes to tie up his opponents in litigation he can afford better than they.

You were the basis for the affectless venture capitalist in the HBO show, Silicon Valley; with this diabolical decade-long scheme for revenge, you are redefining yourself as a comic-book villain.

Denton ends with an offer to publicly debate Thiel and gives him some questions to mull over in the meantime.