Glenn Beck: The Left and the Right Both Have ‘Demons’ that ‘Should be Exorcised’
video

Glenn Beck: The Left and the Right Both Have ‘Demons’ that ‘Should be Exorcised’ 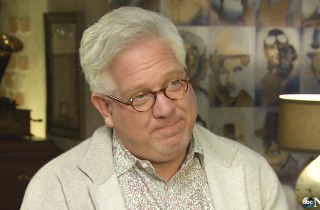 ABC’s Nightline did a profile on Glenn Beck on Thursday, where the conservative radio host was asked about his personal growth and his thoughts about where America will go now that the 2016 election is over.

As Byron Pitts noted, Beck had a history of being a controversial pundit before taking on a more measured tone and eventually becoming one of Donald Trump‘s most ardent conservative critics. Beck has encouraged unity and reaching out to Trump since the election ended, but as he stated last night, he has considerable reservations about the concept of people like Steve Bannon taking power.

“The Left and the Right have their own demons, if you will, that should be exorcised,” Beck said. Pitts also asked Beck about whether he wants to become a “healer” in order to move past challenges from his incendiary past and his political critics.

Beck also used the interview to talk about his professional and personal struggles, as well as his desire to move past the parts of his life where he thrived on “conflict.” Beck acknowledged that he contributed to America’s political divisions, though he hopes that he can fix it by talking to media figures and warning them not to do what he used to.