GOP Congressman: House Would Have Enough Votes to Impeach Obama 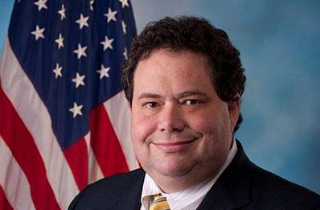 Rep. Blake Farenthold (R-TX) told a town hall crowd this weekend that he believes there are enough votes in the House to impeach President Obama.

Responding to a question about the president’s birth certificate, Farenthold said “I think, unfortunately, the horse is already out of the barn on this, on the whole birth certificate issue.” He lamented that the time has passed to effectively “do” something about what he believes is a cover-up surrounding the president’s misleading birth certificate: “The original Congress — when his eligibility came up — should’ve looked into it and they didn’t. I’m not sure how we fix it.”

The video, posted to YouTube, then shows the congressman noting that these birth certificate concerns often lead to impeachment talks:

“If everyone’s so unhappy with the president’s done, why don’t you impeach him? I’ll give you a real frank answer about that. If we were to impeach the president tomorrow, you could probably get the votes in the House of Representatives to do it. But it would go to the Senate and he wouldn’t be convicted.”

Farenthold explained to the Luling, Texas, crowd that even if the House impeached Obama, a failure to convict would do more damage in the long run.

“What message do we sent to America if we impeach Obama and he gets away with what he is impeached for, and he is found innocent?” he concluded. “What then do we say is ok?”