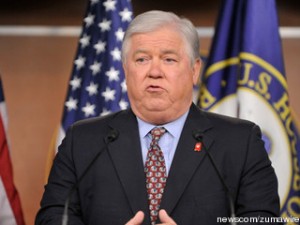 Gov. Haley Barbour (R-MS), a potential Republican presidential candidate, has an interesting perspective on the tumults of the civil rights era that swept through his Deep South state.

As Barbour recalls it in a new profile in The Weekly Standard, things weren’t so bad in his hometown of Yazoo City, which took until 1970 to integrate its schools (though the final event itself is said to have gone on peacefully). For example, Barbour says that there was no problem of Ku Klux Klan activity in the town — thanks to the Citizens Council movement, an organization that was founded on the basis of resistance to integration and the promotion of white supremacy.

“You heard of the Citizens Councils? Up north they think it was like the KKK,” said Barbour. “Where I come from it was an organization of town leaders. In Yazoo City they passed a resolution that said anybody who started a chapter of the Klan would get their ass run out of town. If you had a job, you’d lose it. If you had a store, they’d see nobody shopped there. We didn’t have a problem with the Klan in Yazoo City.”

The White Citizens Council movement was founded in Mississippi in 1954, shortly after the Brown v. Board of Education Supreme Court decision that outlawed segregated public schools, and was dedicated to political activities opposing civil rights — notably boycotts of pro-civil rights individuals, as opposed to Barbour’s recollection of actions against the Klan. It was distinguished from the Klan by the public self-identification of its members, and its image of suits and ties as opposed to white robes and nooses.

What’s more, Barbour says, he himself once went to see a speech by Martin Luther King in 1962 — though he and his friends were paying more attention to the girls.

In interviews Barbour doesn’t have much to say about growing up in the midst of the civil rights revolution. “I just don’t remember it as being that bad,” he said. “I remember Martin Luther King came to town, in ’62. He spoke out at the old fairground and it was full of people, black and white.”

Did you go? I asked.

“Sure, I was there with some of my friends.”

I asked him why he went out.

“We wanted to hear him speak.”

I asked what King had said that day.

“I don’t really remember. The truth is, we couldn’t hear very well. We were sort of out there on the periphery. We just sat on our cars, watching the girls, talking, doing what boys do. We paid more attention to the girls than to King.”