Hate Crime Laws Are Dumb & Dangerous, Regardless of Who the Victim Is
Opinion

Hate Crime Laws Are Dumb & Dangerous, Regardless of Who the Victim Is 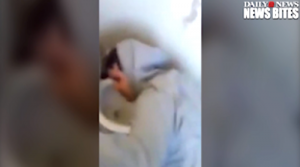 By now, most people have heard of the horrific abuse which four people in Chicago inflicted on a male with special needs, live on Facebook. Part of what made this story so noteworthy is that the alleged crimes were committed by black people against a white person, with statements which were made during the horrendous episode indicating that the acts were at least partially racially motivated.

I was curious to see if the perpetrators would be charged with so-called “hate crimes” because normally those laws are used to increase the penalties for crimes committed against members of a minority group, not BY a member of a “protected” class. In this case, those charged have indeed had the “hate crime” designation added to the other charges against them.

As a white guy who was skeptical that in a politically correct world blacks would be treated the same way whites would be under similar circumstances, part of me was pleasantly surprised that the “hate crime” law appears to have been instituted equally and fairly. However, a bad law is still a bad law, regardless of how equitably it might be implemented.

In my view, hate crime laws are both dumb and dangerous and this case, partially because of its “man bites dog” quality, further proves this reality.

To me, the biggest problem, among several, with hate-crime laws is that they force the criminal justice system to read the mind of the perpetrator of a crime. Sometimes this may seem rather easy to do, but usually it is not so clear why someone decided to harm another person.

But even when we are reliably able to discern a motive which is particularly egregious to society (like racial animus), the bottom line is still that we are punishing someone for their thoughts and not their actions. There is no more slippery slope than between “hate crime” and “thought crime,” and while the former has now become accepted within American jurisprudence, the latter concept goes against everything we supposedly stand for as a country.

When you start punishing someone for their thoughts or beliefs in the name of political correctness and in an effort to make society feel better about itself, there is simply nothing to stop that model from ultimately effectively ending free speech. Hate crime laws are the “loophole” in the First Amendment which will eventually render it powerless.

In order for freedom of speech/thought to have any real meaning we must be willing to endure all expression, no matter how repugnant, and not give in to the tempting siren song of those who think that we can somehow end racism by simply increasing the punishment for crimes which appear to be racially motivated. Hate crime laws are simply the vehicle through which liberals who naively think the world can be a perfect place, have sold out one of our most cherished rights, all in the name of feeling better about ourselves when faced with the most horrific acts of humanity.

There is just no need for the “hate crime” classification. A crime is a crime and should be punished accordingly based on the nature of the act, not the thought/belief/opinion which may have motivated it.

Then there is the problem of who gets “hate crime” protection. This is another slippery slope with no logical end. As the Chicago case shows, this can often create strange and confusing situations.

Was the victim here targeted because he was “white,” or was it because he has “special needs”? Was the condemnation of Donald Trump during the taping of this alleged crime an indication of racial animus against whites, or that the culprits really dislike Republicans (or perhaps those who pretend to be Republicans?).

In our increasingly grievance-oriented culture, the limits on what groups of people who can plausibly claim extra legal protection under hate-crimes laws is almost literally only restricted by one’s own imagination (there is also little doubt that when someone is part of a “protected” group that they are far more likely to perceive any negative act against them only through that prism, which then creates the problem of false reporting). And aren’t all violent crimes at least partially motivated by “hatred” of some kind? What difference does it make whether the “hate” was driven by which demographic the victim belongs to?

My final objection to hate crime laws is one that never gets mentioned in this debate. That is the complete demonization of “hate” as motivation. Yes, often times, as apparently was the case in Chicago, “hate” is a horrible human emotion, but this is not always true. We forget that, among many examples, had we not “hated” our enemies in World War II that we likely would have lost that conflict. Sometimes “hate” can be an extremely productive sentiment and it is clear that, partially through the acceptance of the “hate crime” concept, the word has now taken on a universal and extremely negative connotation (as proof, try to remember the last time sports announcers described a good healthy rivalry with the word “hate”).

So, while what happened in Chicago clearly was correctly deemed a “hate crime” under the current law, that only further illustrates how illegitimate these types of penalties really are.

[image via screengrab from The Daily News]