The Sandy Hook Police Department has released a full list of the names and ages of each of the 26 victims following Friday’s tragedy. The list includes 20 six and seven-year-old first-grade students, as well as the school’s principal, pyschologist, teachers and aides.

Charlotte Bacon, 6 – Uncle John Hagen told Newsday: “She was going to go some places in this world. This little girl could light up the room for anyone.”

Olivia Engel, 6 – Dan Merton, a longtime friend of the family, said of Engel:
“She loved attention. She had perfect manners, perfect table manners. She was the teacher’s pet, the line leader.” “Her only crime,” Merton said, “is being a wiggly, smiley 6-year-old.” 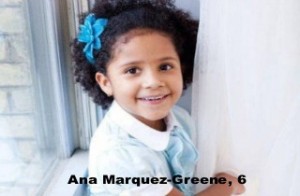 Ana Marquez-Greene, 6 – Ana’s father, Jimmy Greene, wrote on Facebook: “As much as she’s needed here and missed by her mother, brother and me, Ana beat us all to paradise. I love you sweetie girl.”

Dawn Hochsprung, 47 – Officials say Hochsprung, the principal of Sandy Hook Elementary School, died while lunging at the gunman in an attempt to overtake him. 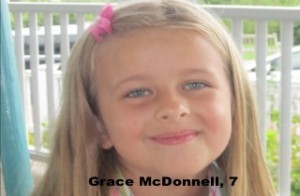 Anne Marie Murphy, 52 – Authorities told Murphy’s parents their daughter helped shield some of her students from the bullets and in doing so, lost her own life.

Emilie Parker, 6 – Parker’s father told reporters, “She was beautiful. She was blond. She was always smiling.” 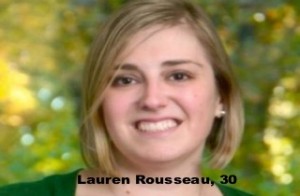 Lauren Rousseau, 30 – Russeau’s mother told reporters she loved being a teacher, saying working at Sandy Hook “was the best year of her life.”