How Badly Will Google Buzz Screw Up Your Gmail In Its Drive To Beat Facebook?

How Badly Will Google Buzz Screw Up Your Gmail In Its Drive To Beat Facebook? 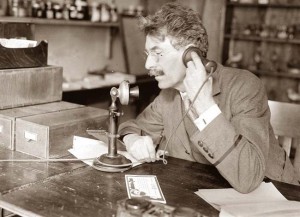 The grass is always greener in the digital world! First Facebook got all schizophrenic with homepate overhauls (and privacy setting catastrophes) in an attempt to be more like Twitter — really, at this point, it’s a bit of a crap shoot what your Facebook page may look like on a daily basis there have been so many overhauls. And now Google apparently wants to be the next Facebook. From the FT:

Google is set to make a fresh attempt to gain a stronger foothold in the booming social networking business on Tuesday as it seeks to counter the growing threat that Facebook poses to some of its core services.

However, earlier Google efforts to establish a presence in social networking have failed to gain much traction and analysts said that the company was still likely to find it difficult to turn the tables on Facebook with its latest plan.

“Anything Google does with Gmail should be seen as a defensive manoeuvre,” said Ray Valdes, an analyst at Gartner….

Google is planning to give Gmail users a way to aggregate the updates of their various contacts on the service, creating a stream of notifications that would echo the similar real-time streams from Facebook and Twitter, according to reports.

Speaking as a person who is completely dependent on her Gmail, one can only hope they don’t mess with it too badly. Because, really, if I wanted to know what my friends were up to I would go to Facebook to find out.

How to Turn off Google Buzz

Google Buzz: 10 Things It Is and Isn’t