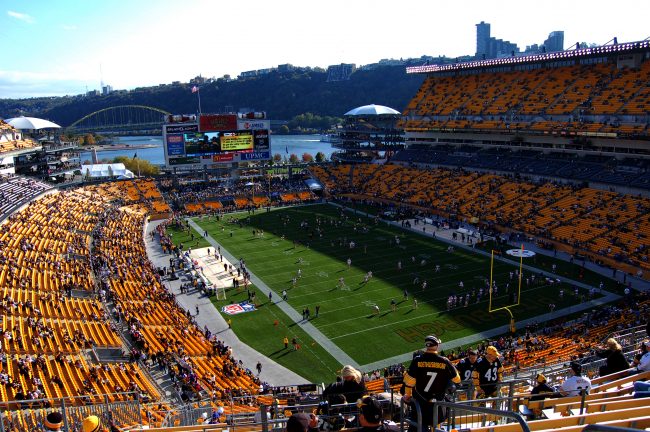 NFL Divisional Playoff Sunday kicks off in Pittsburgh with an intriguing matchup between the Steelers and the upstarts Jacksonville Jaguars.

The Steelers enter the playoffs red hot — as winners of 10 of their last 12. But they’ll have to avenge both of the losses over the next two weeks if they want to get to the Super Bowl. Next week, Pittsburgh would have to beat New England — to whom they lost a controversial heartbreaker on Dec. 17. But in order to get that opportunity, the Steelers would have to beat a Jaguars team which blew them out 30-9 on Oct. 8.

The way the Jacksonville offense is going right now, though, it seems highly unlikely they’ll put up 30 points again. The Jaguars enter off of a 10-3 victory over Buffalo in the Wild Card round. Their defense was stout, but their offense couldn’t do a thing against a solid but far from spectacular Buffalo defense. Quarterback Blake Bortles will have to dramatically improve his play if the Jags are to have a shot on Sunday.

Kickoff is at 1:00 p.m. ET. The game will be broadcast on CBS. Ian Eagle and Dan Fouts have the call. The game can be streamed via CBS All Access, which is a pay subscription service. However, users can sign up for a one-week free trial via this link.