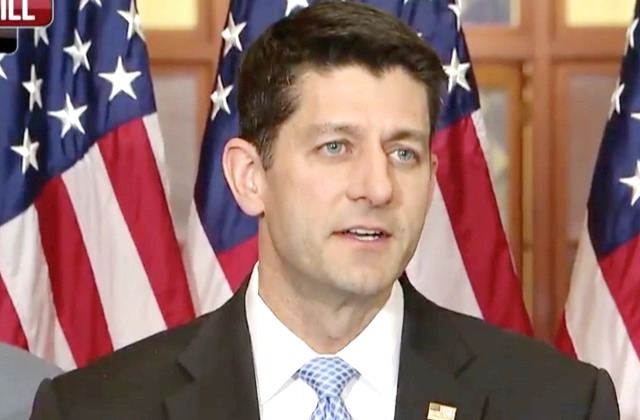 Today, the U.S. House of Representatives voted 217 to 213 and narrowly passed the American Health Care Act, a bill that will replace Obamacare. The passage of the AHCA comes six weeks after a vote was postponed at President Donald Trump‘s request.

Trump ran on repealing and replacing Obamacare, and so exactly what he would do with it has been a hot topic since his election. The AHCA makes it so that those who can afford healthcare have more choices in coverage. Those who can’t, however, will no longer be covered. It’s been an incredibly divisive subject, so of course, once it was passed, the Internet had a lot to say. And while the bill clearly had support, and some of the reactions are positive, as you might imagine, lots of them aren’t:

PRO TIP, GOP: There’s no such thing as a “win” when people suffer from your actions. #AHCA

Everyone who smeared, demonized, vilified and voted against Hillary Clinton owns this monstrosity of a healthcare bill. #AHCA

Thank you @NancyPelosi for your heroic efforts to stop #AHCA and protect access to care for all Americans.

The #MAGA C.H.U.D.S. on Twitter right now, cheering the #AHCA being passed.

Americans are one step closer to better care and more choice. #AHCA pic.twitter.com/nQfSwQj2mz

Crying at my desk because of the #AHCA vote. My dad’s on kidney dialysis & can’t work. He’s dead if this passes the Senate. Not hyperbole.

It’s fitting that the Empire would attack on #maythe4th. Call your Senators. #AHCA

#AHCA isn’t a health care plan at all. It’s a massive transfer of wealth from workers to Wall Street.

Make a list of the vulnerable Republican #AHCA voters and repeat them to yourself like Arya Stark until 2018.

The #AHCA is illogical, immoral and wrong for the country. Stood with Marylanders and voted against.

Not @TheOnion: Rep. Chaffetz rushed to DC with his pre-existing condition so he could make sure you can’t afford the same surgery. #AHCA pic.twitter.com/3X3Kp1qPkU

Never have I seen legislative action that reveals such clear disdain for the human dignity of the most vulnerable among us.

And never forget this moment. And the fact that they trucked in beer to celebrate. The American people are coming for all of you. https://t.co/Y4VhnNCEIj

Well, look at that. Republicans are keeping their promises.#AHCA #ThursdayThoughts

Proud day to be an American. ??#ThursdayThoughts

This is disgusting and tragic and I’m so, so sorry. #AHCA

Class warfare in the era of @realDonaldTrump is in full effect; this new healthcare bill punishes the poor and abuses the aged. #AHCA

Americans who voted for Trump: it brings me no joy in letting you know YOU will be hurt the MOST by Trumpcare. #AHCA

Today’s healthcare vote is a big win for Americans. #Obamacare is collapsing. #AHCA will bring down costs & expand access. Onto the Senate!

The commanders have decided our healthcare is unnecessary #AHCA pic.twitter.com/5sVSI5T12k