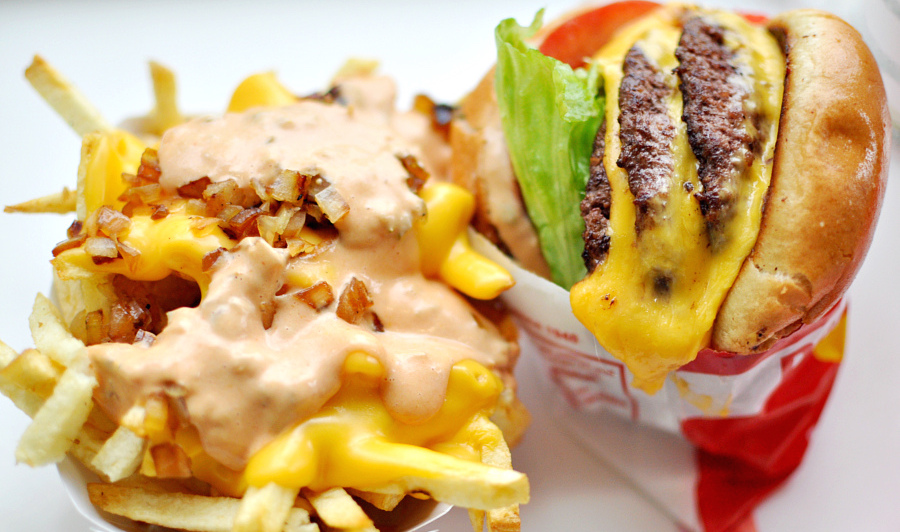 Those of you on the west coast, particularly in California, already get to experience eating a burger from In-N-Out whenever you want, and now, according to a recent report by California Sun, you may want to think about working there as well.

The report indicates that managers at the mega-popular burger chain make a whole lot of money. Just how much money? Brace yourself. In-N-Out managers average… $160,000 a year. That is more than triple the industry average.

To put that heaping amount of money in perspective, an architect in California makes a yearly average of around $116,000, according to jobs site Indeed.

“In-N-Out is just eons above everybody else,” said Saru Jayaraman, who leads the Food Labor Research Center at U.C. Berkeley. “On wages and benefits, they really are the best large chain.”

Denny Warnick, vice president of operations, said that paying their employees well is just part of the family-owned company’s philosophy, dating back to its inception in 1948.

“Paying their associates well was just one way to help maintain that focus, and those beliefs remain firmly in place with us today,” he said, of the company’s founders.

In other words, In-N-Out’s infamous 3 x 3 Burger, a triple burger that is part of their barely disguised “secret menu,” will set you back, on average, $4.45. A manager at In-N-Out can afford to buy nearly 40,000 of these beauties in a single year. The inevitable heart disease would almost be worth it.