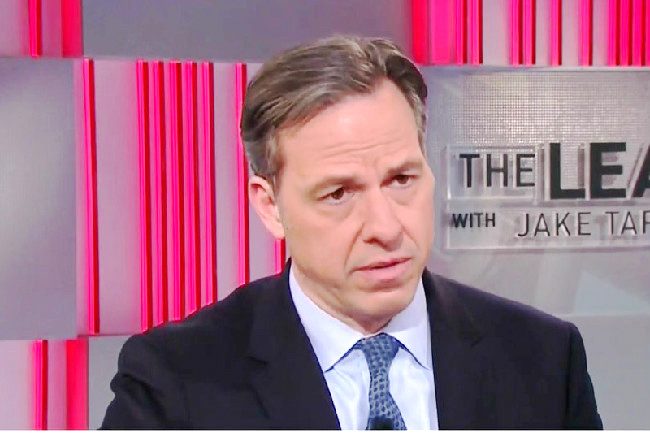 CNN anchor Jake Tapper is an early contender for subtweeter of the year, after he tweeted out a proverb Thursday denouncing the sin of falsehood.

Proverbs 12:22: Lying lips are an abomination to the LORD, but those who act faithfully are his delight. https://t.co/fgjL6AsPnZ

Despite the tweet not mentioning Donald Trump, for some reason many of his supporters got very defensive.

@jaketapper Yet youre candidate was Hillary Clinton?? The biggest liar of all time.

@jaketapper Obviously, the Lord’s smiling on Trump who’ss faithful to his promises & has NEVER lied- only you & your MSNBC counterparts have

You know the left is desperate when they start quoting scripture from a Book they have never read ?#ThursdayThoughts #MAGA https://t.co/2odDrU5MfB

.@jaketapper admits he is an abomination.https://t.co/eBm3EJvrrP

Tapper took the criticism in stride, even joking about it when HotAir’s Ed Morrissey came to his defense.

Not sure why @jaketapper‘s getting ripped for this citation. None of us are perfect, and Jake’s integrity is well known. John 8:7 applies. https://t.co/fAT8r9i2XR