Jeff Sessions Gets Roasted For Cackling at ‘Lock Her Up’ Chant: ‘A Low Point in a Sea of Low Points’ 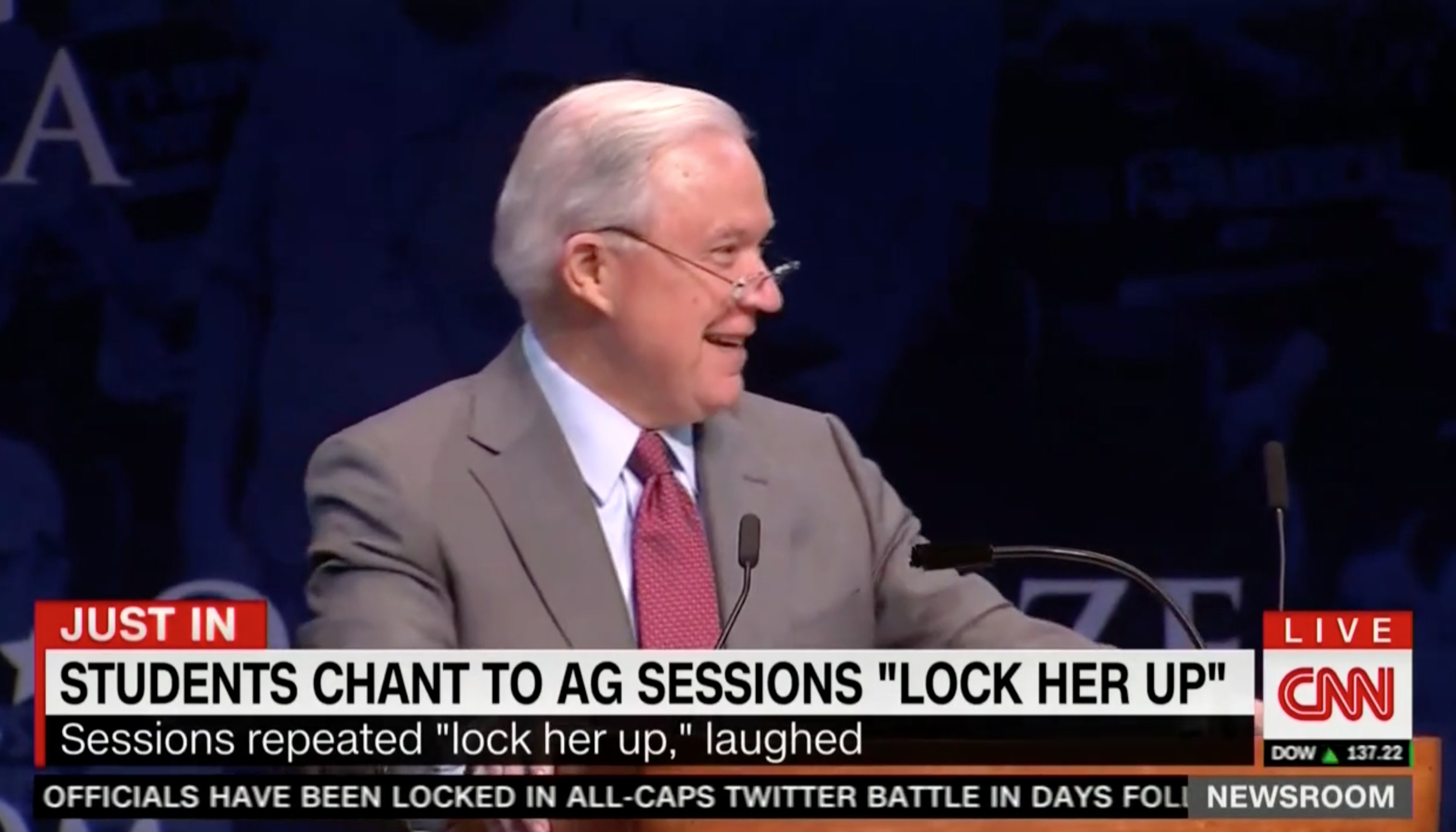 Political observers were not impressed with how Jeff Sessions handled the “lock her up” chants during his address to Turning Point USA’s High School Leadership Summit.

As the Attorney General gave a speech about conservative censorship on college campuses, there was an odd moment when he laughed and went along with the audience as they chanted for Hillary Clinton to be thrown in jail.

There’s a debate on Twitter about whether Sessions actively joined the chant, or if he repeated it in an awkward acknowledgement as he tried to move on. Still, Sessions has his critics, and they’re not laughing with him over the idea of helping President Donald Trump imprison his political opponents.

AG Jeff Sessions is speaking in front of high school students in DC this morning. The students began chanting “Lock Her Up”. Sessions repeated the phrase “Lock Her Up” with a chuckle.

If you find Jeff Sessions laughingly repeating “lock her up” disturbing, wait ’til you discover that he has repeatedly violated his pledge to recuse himself from matters related to the ’16 election https://t.co/WqgIxXJwNa

Sure, Sessions is a petty authoritarian, but let’s not lose sight of the fact that he also hates black people. https://t.co/8UDFrxuYy9

This is a low point in a sea of low points. https://t.co/xkSkfyvtwe

Not only should Jeff Sessions NOT have said “Lock her up,” he should have used this as a teaching opportunity to mentor his young audience. This is called responsible adult leadership. Here’s an example. https://t.co/BNuqFw2T2T