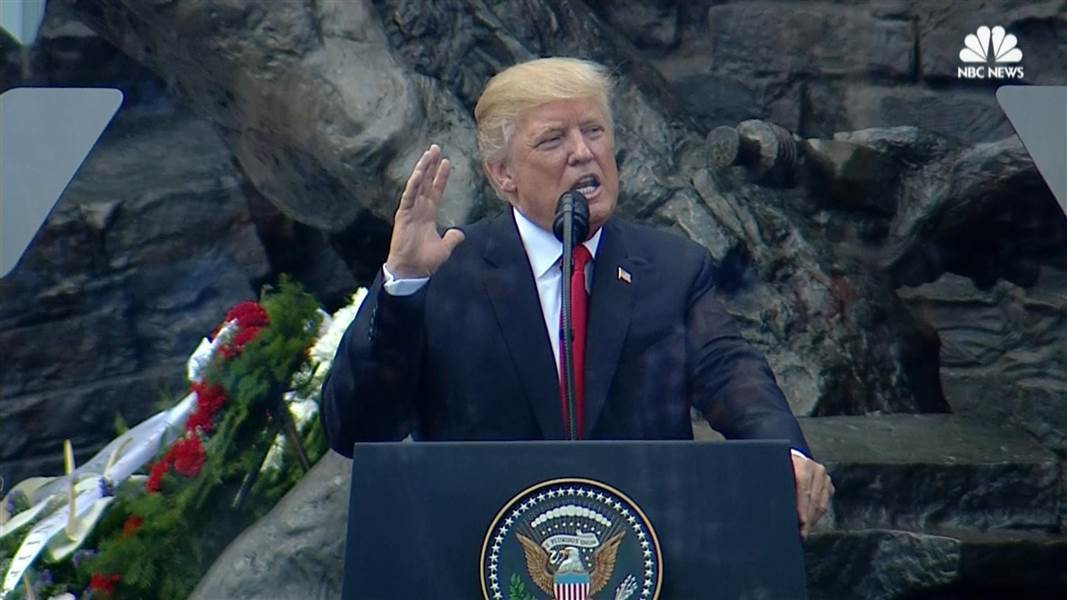 One of the roles of the exceptionally brilliant members of the media is to take things that are said, no matter how straight forward it may be, and decipher what the “real” meaning is – the “dog whistle” if you will.

So, when a Republican uses words like “urban” or “black hole”, people with ultra-keen senses like Chris Matthews can hear the “dog whistle” and inform us that they are really just attempting to mask their blatant racism.

Capehart, like many critics of President Trump and ‘Western values” viewed the speech as nothing more that an anti-immigrant, Islamophobic, white supremecist battle cry.

“What on Earth does that have to do with anything?” Capehart wrote. “…In that one line, taken in context with everything else Trump said, what I heard was the loudest of dog whistles. A familiar boast that swells the chests of white nationalists everywhere.”

Criticism of Trump’s speech was not exclusive to The Washington Post.

Vox publish a column titled, “Trump’s speech in Poland sounded like an alt-right manifesto”, where the author lamented the idea that “Trump’s speech used the type of dire, last-chance wording often utilized by the far right on both sides of the Atlantic.”

Far-left site Salon said Trump’s speech “borrows the far-right’s rallying cry in Europe” and The LA Times said Trump “frames anti-terrorism fight as a clash of civilizations, defending Western culture against enemies” and criticized his call to combat threats of terrorism as “a thinly veiled reference to the Islamic world.”

The Atlantic just flat-out went for it with the headline, “The Racial and Religious Paranoia of Trump’s Warsaw Speech.”

We have reached a point where people like Donald Trump and others on the right just cannot win regardless of what they say or do.

If their own words don’t bring them down then the media’s arbitrary interpretation of the words will, regardless of what the actual intended message was. Anything that is said can now simply be accused of being delivered under the guise of a coded “dog whistle.” Journalists not only see it as their job to tell you what was said, but rather to tell you what it secretly meant.