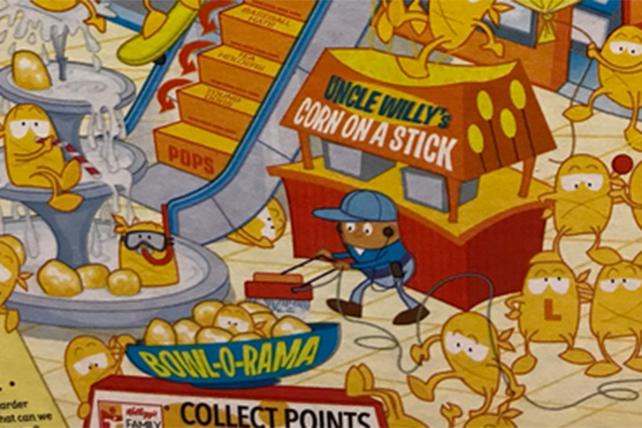 In response to racial criticisms of a cartoon featured on a recent Corn Pop’s box, Kellogg’s has come out quickly on Twitter to apologize for the ill-conceived artwork. Via their official Twitter, “Kellogg is committed to diversity & inclusion. We did not intend to offend – we apologize. The artwork is updated & will be in stores soon.”

The controversy kicked off on Twitter when the astute Saladin Ahmed noticed that in the recent Corn Pops cartoon, every Corn Pop is one singular shade of yellow…except for the Janitor! Yes, the Janitor Pop was the darkest Corn Pop.

If you are wondering how this illustration got past approval by the marketing department, you are not alone. Good on Kellogg’s for owning up to the mistake, but they might want to use a new artist.