Lara Logan Discusses Her PTSD With The NY Daily News: There Are ‘Dark Moments,’ But You ‘Ranger Through’

Lara Logan Discusses Her PTSD With The NY Daily News: There Are ‘Dark Moments,’ But You ‘Ranger Through’ 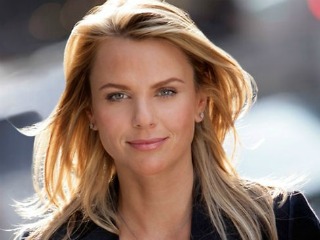 CBS’ Lara Logan granted an exclusive interview to the NY Daily News, opening up about the aftermath of the brutal attack she sustained in Egypt nearly one year ago, including her struggle with posttraumatic stress disorder.

She’s currently contending with “latent PTSD,” which, she says “manifests itself in different ways,” unpredictably.

She said her family, including her husband and two very young children, have been instrumental in her ongoing recovery, although she still relives the trauma of the event in her quiet moments. “When I’m lying there, waiting for my daughter to go to sleep,” she shared,” I have time to think about things. Those can be dark moments. You ranger through, you have to. You’re aware of how much you have and it’s so much more than what you’ve lost. You have a responsibility. Life is not about dwelling on the bad.”

Her employer has also been understanding, allowing her to return to work at her own pace. “CBS is not holding me back,” she said, “but they’re not forcing me forward.”

RELATED: Lara Logan Reveals Details Of Her Attack On 60 Minutes

But that doesn’t mean that it’s “back to work as usual.” Since the attack, Logan has been more careful about the implications of taking certain stories or traveling to certain places:

One interview she’d been working on with a Taliban commander was deemed too risky for her to make the trip. She understands why those decisions have to be made, but doesn’t like the change.

“It burns my ass, it does,” she said. “I’m also okay with it. I know that’s the right decision. Life is full of frustrations. You can’t do everything you want.”

the attack has, however, allowed Logan greater insight and access into the experiences of women around the world who have also overcome rape and/or extreme violence:

She recalled one woman in Africa who was raped and disemboweled, who said she had to live because she wasn’t going to give her attackers everything.

Lara Logan knows exactly how that woman felt, and that’s part of what drives her today. She refuses to be defined by the attack.

“Goddamnit,” Logan said, “I’m not going to give them everything.”