Lin-Manuel Miranda: The Morning After the Election, ‘I Woke up With a Very Pronounced Case of Moral Clarity’

Lin-Manuel Miranda: The Morning After the Election, ‘I Woke up With a Very Pronounced Case of Moral Clarity’ 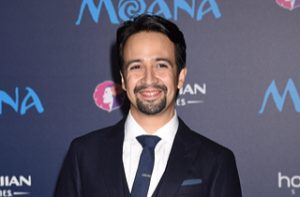 Lin-Manuel Miranda was notably “with her” throughout the 2016 Presidential Campaign. On election night, however, as we started to realize a Donald Trump victory was probable, I found myself turning to the Hamilton creator’s Twitter account. He’s a master of words and between his musicals and Twitter account, he never fails to comfort me. As the election results were coming in, he was non-alarmist, writing about election nights pass, and reminding everyone that “this too shall pass.” The following day, he noted that we have to “pick up where we left off yesterday.”

In a recent interview with The Daily Beast‘s Marlow Stern, and in addition to discussing Moana and his potential EGOT and, of course, Hamilton, he expressed similar sentiments. He said that he was sad the morning after, because he was headed to Mexico from London to do press for Moana. He said he was also upset, of course, that his candidate did not win. “I went through that before,” he said. “I remember going through that in 2000 not knowing who was president, with Gore conceding and then taking it back. It’s interesting how kids who are voting now don’t remember that. That felt way scarier in a way because we didn’t even have a president.”

He also said: he “woke up with a very pronounced case of moral clarity. In addition to the disappointment, it was like, oh, this does not change the things that I believe in… We have to keep fighting for the things we believe in, and it just made that very clear: I know who I am, and I know what I’m going to fight for in the years to come. That felt like the tonic of it.”

Miranda also confirmed, not surprisingly, that Trump’s camp has not reached out to him about playing the inauguration.

Head over to The Daily Beast for the full interview.