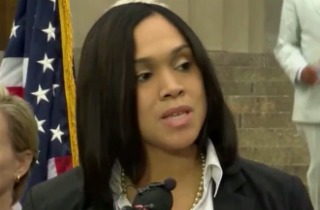 Judge Charles J. Peters denied the Baltimore State’s Attorney’s motion on Tuesday for a gag order relating to the prosecution of six officers involved in the arrest of Freddie Gray. Marilyn Mosby‘s request was denied on the grounds that her staff sent the request in the wrong court at the time.

Mosby’s motion was filed in Baltimore’s circuit court on May 14, and was meant to forbid any public disclosure about the Gray case by any witnesses, attorneys and police involved. Peters declared that the motion lacked standing in the proceeding because until the officers’ May 21 indictment, the case was still under the jurisdiction of the District Court.

Prosecution spokeswoman Rochelle Ritchie, refused to say whether the state had any plans to file a new motion. “We’re not going to litigate this case in the media and discuss our trial strategy,” Ritchie said, in line with the gag request’s intended objective.

The attorneys representing the six officers had asked the court to strike the motion on procedural grounds. The Baltimore Sun and several other media outlets also filed motions opposing the order.

This is not the first procedural misstep made by Mosby’s office on this case. Mosby has been the subject of criticism and calls for removal from the case since an incident on May 1, when her office listed the wrong addresses for two of the charged officers, causing a media frenzy when the charges were directed to two people sharing the same names. She has also been described as an inexperienced prosecutor with a greater interest in activism than in the procedures of legal justice.

Other gag orders recently filed by Mosby include a request to block the release of Gray’s autopsy and other “sensitive” documents. The defense team has called this order “unfair”, claiming it would excessively include references made to the sensitive information in documents otherwise deemed non-sensitive.