Maybe We Do Need a Temporary Ban, Just Until We Can Figure This Out
Opinion

Maybe We Do Need a Temporary Ban, Just Until We Can Figure This Out 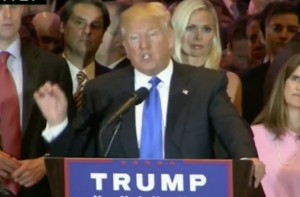 There’s a lot that is still unknown about the mass shooting in Orlando, Florida Sunday morning, but the things we do know are enough. At least 50 people are dead, including the shooting suspect who has been identified as Omar Mateen, making this the worst mass shooting in United States history. If law enforcement is correct, and this was an act of terrorism, this will be the worst attack on US soil since 9/11.

We don’t know much about the shooter yet, but let’s keep it real, folks, we know enough about him to know that maybe it’s time we take the politically correct gloves off and realize that maybe the people calling for a total ban on these people aren’t completely off-base. Just a temporary ban, until we can figure this out.

As a liberal, it’s hard for me to admit that maybe I’ve been wrong in supporting the sorts of half-measures that allowed this atrocity to take place, but freedom is important to me. But our weak-willed politicians have failed to keep us safe from these people, unwilling even to find a better way to vet them, let alone to keep the most dangerous ones from slipping through. I’ve heard all of the arguments before, that not all of them are killers, but all of the killers seem to be them. Meanwhile, we have a president who refuses to even identify them by name.

The Constitution protects their most cherished practices, but it doesn’t, or it shouldn’t, protect this unmitigated slaughter. We shouldn’t need to infringe on the good ones to weed out the bad ones, we just need the good ones to be a little more cooperative. When was the last time you heard one of them denounce their own for this perversion of their beliefs? They act like this scourge has nothing to do with them, when clearly, this scourge emanates from within their ranks, and they actively oppose any effort to stem it. In fact, their perfect solution is to attract more converts.

If they won’t police their own, then maybe it’s time we did it for them. Just temporarily, until we can figure this out.

Update: The reaction to this column has been overwhelming, and I’m tempted to re-think my new stance. The problem is, we’ve tried to be reasonable. It didn’t work. They’re laughing at us. If they had their way, there would be no laws to stand in the way of their extreme beliefs. Just until we can figure this out, that’s all I’m saying.