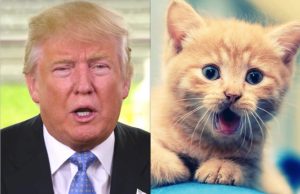 The twitter account “Emergency Kittens” (@EmrgencyKittens) boasts 1.85 million followers on the social media platform and it pretty much exactly what you would expect: a dizzying array of cat gifs, photos, videos, links, and memes.

Even a lot of people in political media follow the @EmrgencyKittens account according to a quick search, like The Atlantic‘s Molly Ball, Charles Cooke of the National Review, and Greta Van Susteren herself.

However, the account came under renewed scrutiny late Sunday night when a keen observer noticed that the account — which yesterday Tweeted out the sentence, “you win life if you cat cuddles with you” (not a typo) — earned a new follower: Donald J. Trump, the billionaire magnate turned Republican nominee and soon to be 45th President of the United States of America. 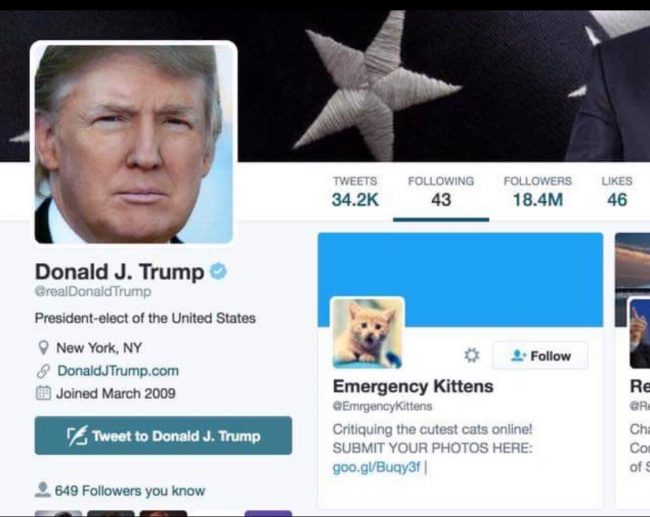 “Critiquing the cutest cats online!” says the account, and Trump’s follow was a big deal considering the man himself notoriously follows a very small number of other accounts. Mostly, the list comprises various family members and unsurprisingly a large number of accounts that feature the “Trump” name: golf courses, hotel properties, etc. Over the course of the past year and a half, the number of total Twitter accounts that Trump has followed has rarely, if ever, exceeded 50.

After people noticed however, it looks like the Donald suddenly decided that he had enough of the kitties and quickly unfollowed the account. 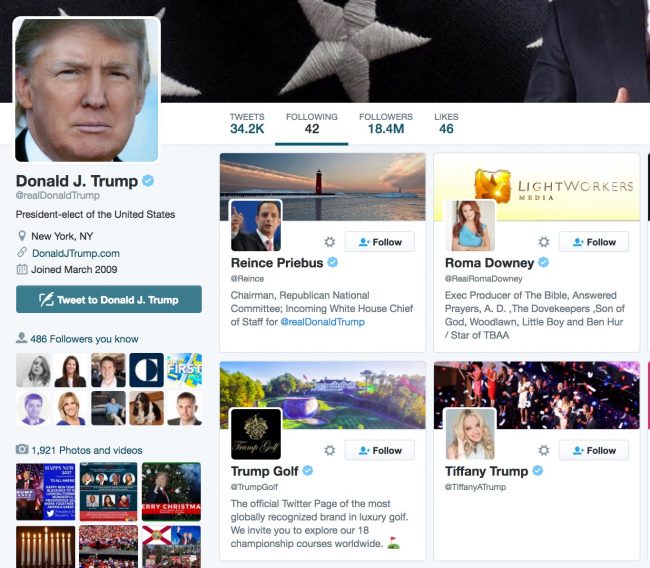 You can see that the Google search trends for “emergency kittens” spiked Sunday night as well, with phrases linking “Trump” topping the list of search items. 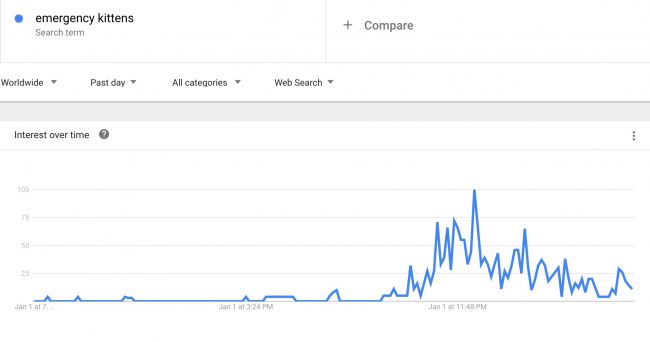 It would appear that this morning even the Emergency Kittens team themselves had a little fun with the newfound attention in the form of a screenshotted direct message they were prepared to send to the President-elect.

It’s a Meowntain. But he unfollowed before the punchline. pic.twitter.com/emcQanPx4Y

“[H]e unfollowed before the punchline,” the account disappointedly reports.

It’s oddly refreshing to discuss Trump’s Twitter account and have be for something other than an a misguided message of his. What was behind the impulse to follow Emergency Kittens to begin with? The world may never know.

Then again, maybe this is what he meant on that Access Hollywood bus all along.
—
J.D. Durkin (@jivedurkey) is an editorial producer and columnist at Mediaite.