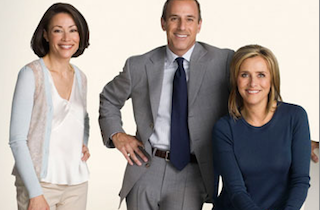 More than two years after Ann Curry’s equal parts awkward and sad departure from the Today show, Meredith Vieira is talking about how the woman who replaced her as the anchor of that show was treated by NBC.

In a new interview with The Hollywood Reporter, Vieira tells Marisa Guthrie what it was like to look at the tumultuous situation from the outside, while at the same time knowing the major players so intimately (emphasis added):

“That was such a bad time. I really felt for Matt a lot. And I felt for Ann, too. It turned so nasty, really nasty. Every day you’re reading this stuff that is just beyond cruel from angry, angry people who felt that Ann had been slighted and embarrassed and humiliated. And they basically pointed to one person on whom to take out all of their anger. I don’t know if I would have survived that.”

I just told [Lauer] I loved him and I was there for him. But I never sugarcoated what had happened. I thought it had not been handled smartly from the very beginning, because I don’t think they ever felt that was the right fit for Ann so they should never have put her in that position to begin with. And then the ending was so mishandled. But you know what, shit happens. People make mistakes. We all do.”

Vieira is currently promoting her own return to daytime talk with NBC, after extended stints on The View, Today, Who Wants to Be a Millionaire? The Meredith Vieira Show is scheduled to premiere September 8th and will air at 2 p.m. across most of the country.

Read the full profile at hollywoodreporter.com.