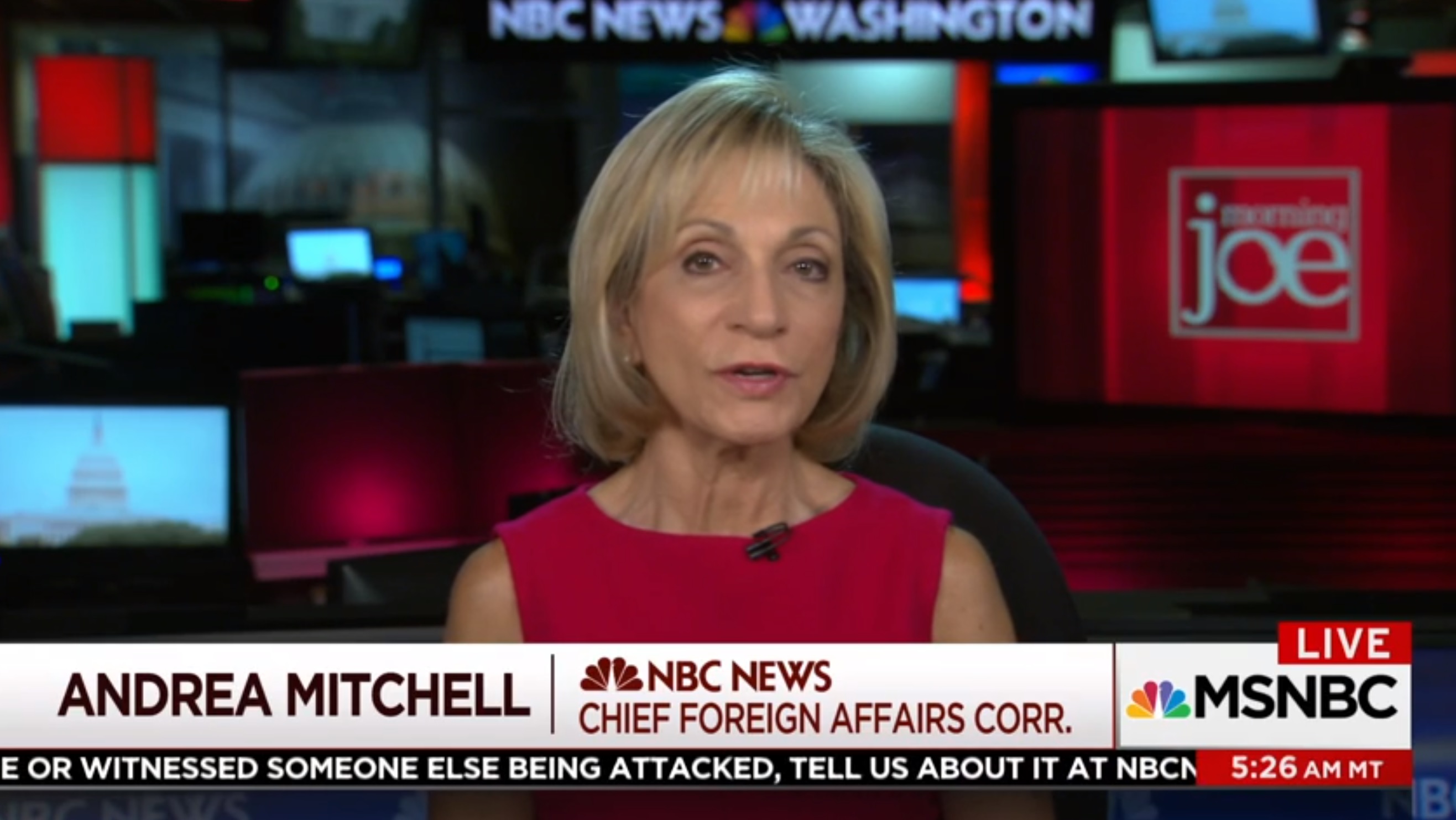 NBC’s Andrea Mitchell is taking some heat for her tweet demanding an apology be given to Press Secretary Sarah Sanders by the White House Correspondents’ Association for comedian Michelle Wolf‘s jokes.

While Mitchell isn’t the first person to push for an apology following Wolf’s routine, which included mocking remarks about Sanders’ physical appearance and the sound of her name, not everyone agrees a mea culpa is warranted:

Nope. No apology. Our house is on FIRE

after everything this administration has said and done to the American people with no apology? are you fucking kidding me???? this has to be a joke.

In the last 48 hours, icons from the #Resistance network MSNBC have A) defended a fmr anchor facing harassment allegations B) defended a current anchor who published homophobic screeds & then offered a dubious hacking story, and C) attacked a comedian who criticized Trump folk https://t.co/nWGBOnTaUK

Don’t hire a comedian. Don’t have a roast. Don’t pretend to be shocked at what was billed as a roast hosted by a comedian in a room full of adults who paid to be there. Don’t pretend that SHS’s looks were targeted when it was her lies. https://t.co/7xOHzX2lQR

But jokes from presidents about drone murdering civilians and wars based on WMD lies are perfectly fine. You are parodies of yourselves. https://t.co/PqyO7yLubD

Despite backlash to Mitchell’s call for an apology, several other members of the left-leaning media have echoed criticisms of Saturday night’s speech, including The New York Times‘ Maggie Haberman, MSNBC’s Mika Brzezinski and ABC’s Jonathan Karl.