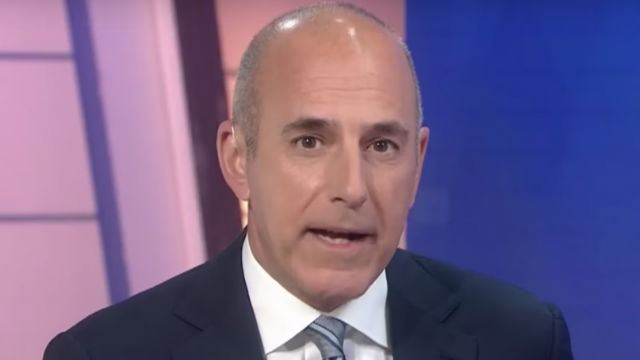 Hours after Matt Lauer‘s firing by NBC News, Variety has a report out with additional revelations about his behavior and allegations of sexual harassment from multiple women.

According to the report, Variety spoke to “three women who identified themselves as victims of sexual harassment by Lauer,” whose stories have been corroborated by others.

In particular, the report reveals that NBC executives were very much made aware of Lauer’s behavior:

Several women told Variety they complained to executives at the network about Lauer’s behavior, which fell on deaf ears given the lucrative advertising surrounding “Today.” NBC declined to comment. For most of Lauer’s tenture at “Today,” the morning news show was No. 1 in the ratings, and executives were eager to keep him happy.

The report cites multiple current and former employees saying that Lauer was known for making “lewd comments” and being “fixated on women, especially their bodies and looks.”

And then there’s this disturbing allegation:

On another day, he summoned a different female employee to his office, and then dropped his pants, showing her his penis. After the employee declined to do anything, visibly shaken, he reprimanded her for not engaging in a sexual act.

You can read the full Variety report here.

NBC News spox: “We can say unequivocally, that, prior to Monday night, current NBC News management was never made aware of any complaints about Matt Lauer’s conduct.” https://t.co/kMnRbTK4zH