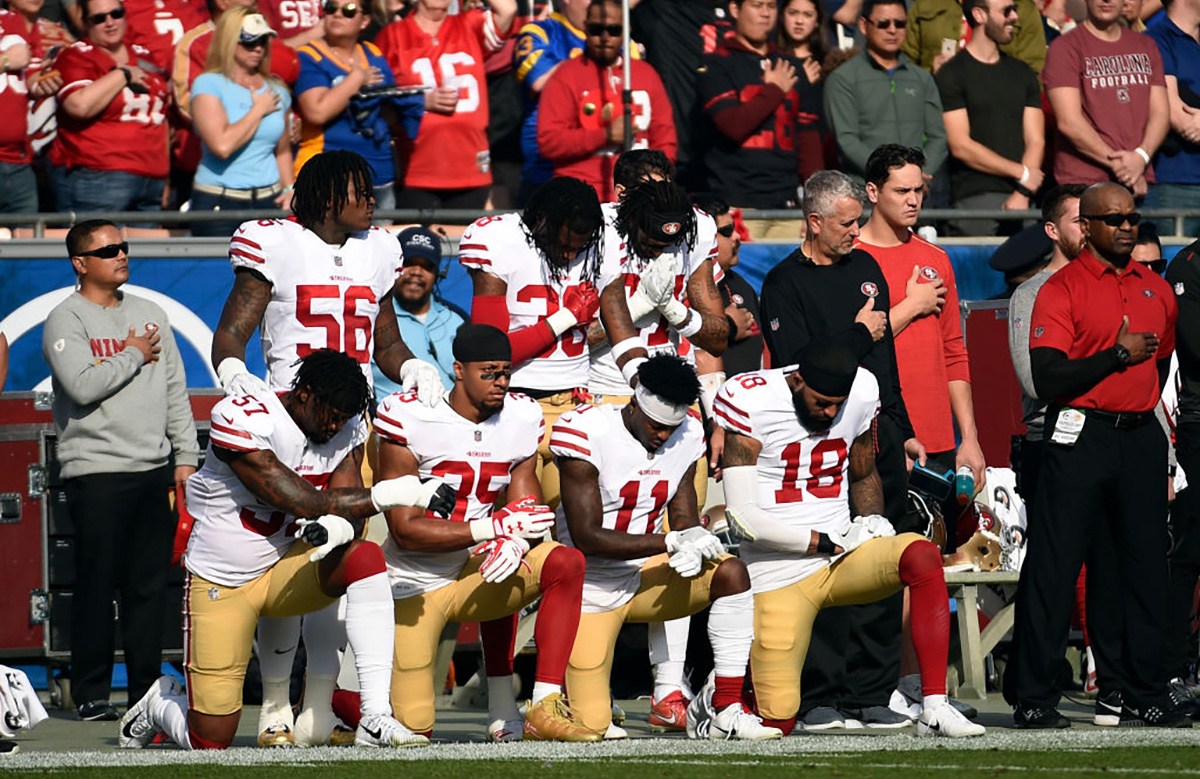 The National Football League has announced that they’re putting a hold on their previously announced new policy that would penalize players for taking a knee during the national anthem. The league released a joint statement Thursday with the NFL Players Association (NFLPA), saying “no new rules relating to the anthem will be issued or enforced for the next several weeks while these confidential discussions are ongoing.”

“The NFL and NFLPA, through recent discussions, have been working on a resolution to the anthem issue. In order to allow this constructive dialogue to continue, we have come to a standstill agreement on the NFLPA’s grievance and on the NFL’s anthem policy.”

The announcement comes a week after the NFLPA filed a grievance over the NFL’s new policy of fining players who kneel on the field during The Star-Spangled Banner. The association first objected to the policy immediately after the owners voted.

The policy also states that NFL teams are authorized to take additional disciplinary measures against anthem-kneelers, and players will be allowed to remain in the locker room during the anthem if they prefer.