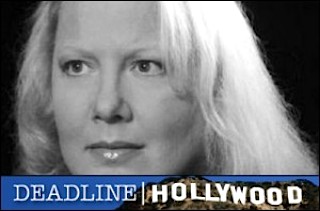 As of Tuesday evening, November 5th, it’s official: Nikki Finke has departed the website she founded in 2006 as “Deadline Hollywood Daily.” After years of publicly feuding with Jay Penske, who bought Deadline.com in 2009, Finke is moving back out on her own and is expected to launch a new Hollywood industry gossip website in the near future at NikkiFinke.com, which, until today, redirected to Deadline.

Deadline writers Mike Fleming Jr. and Nellie Andreeva made the news official with a short post on Deadline Hollywood Tuesday evening. “Despite attempts by all to have it go otherwise, Nikki Finke will no longer be leading Deadline Hollywood,” the pair wrote, adding, “This is an emotional and painful parting of the ways for us.”

In an interview with the Defamer’s Beejoli Shah, Finke repeated those sentiments, adding, “Today is a very, very happy day.” She went on to explain that she had a mediation session with Penske Tuesday that did not go well and apparently ended with the media mogul, who also owns Variety magazine, releasing Finke from a contract that would have run through 2016.

After sharing some of her complaints about the recent state of the site he started, Finke offered a few hints about what her next independent project might look like. She said she will likely wait until January to launch the new site and will soon start to “negotiate offers and figure out which one I’m going to take.”

While some have cited an alleged non-compete clause in her contract that would prevent her from setting up a website that covers the same ground as Deadline, Finke rejected that notion on Twitter:

For the record, she continues to tweet links to Deadline.com articles today, so while she may be “happy” to be “free” from the website’s grasp, she has not stopped promoting its content.