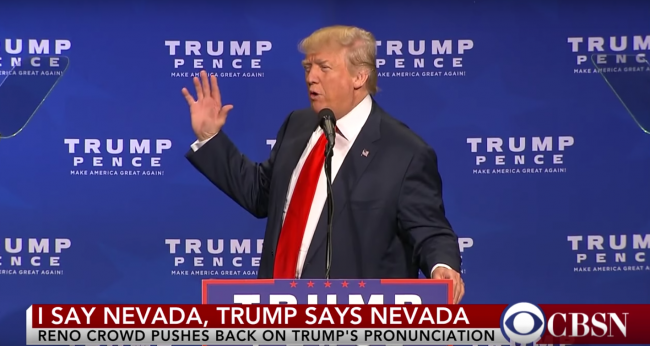 It’s no secret that mainstream media does not like Donald Trump. That enmity rose to new heights this week courtesy of the Los Angeles Times, which is currently publishing a four-part series chronicling what they say is Trump’s historic dishonesty.

Part 1 of the series, published Sunday, was aptly called “Our Dishonest President.” It offered a brutal — if not wholly unique — assessment of the 45th president.

What is most worrisome about Trump is Trump himself. He is a man so unpredictable, so reckless, so petulant, so full of blind self-regard, so untethered to reality that it is impossible to know where his presidency will lead or how much damage he will do to our nation. His obsession with his own fame, wealth and success, his determination to vanquish enemies real and imagined, his craving for adulation — these traits were, of course, at the very heart of his scorched-earth outsider campaign; indeed, some of them helped get him elected. But in a real presidency in which he wields unimaginable power, they are nothing short of disastrous.

In Part 2, called “Why Trump Lies,” the paper speculated that the president’s wholesale embrace of alternative facts is something never been seen in the White House, and in many ways, was more analogous to the “self-serving blathering of a 6-year-old.”

Trump’s easy embrace of untruth can sometimes be entertaining, in the vein of a Moammar Kadafi speech to the United Nations or the self-serving blathering of a 6-year-old.

Part 3 and 4 remain to be written.

The withering critique sets a new bar in the perpetual media race for most celebrated Trump takedown, and with polls showing the president’s approval ratings at historic lows, the climate has never been riper.