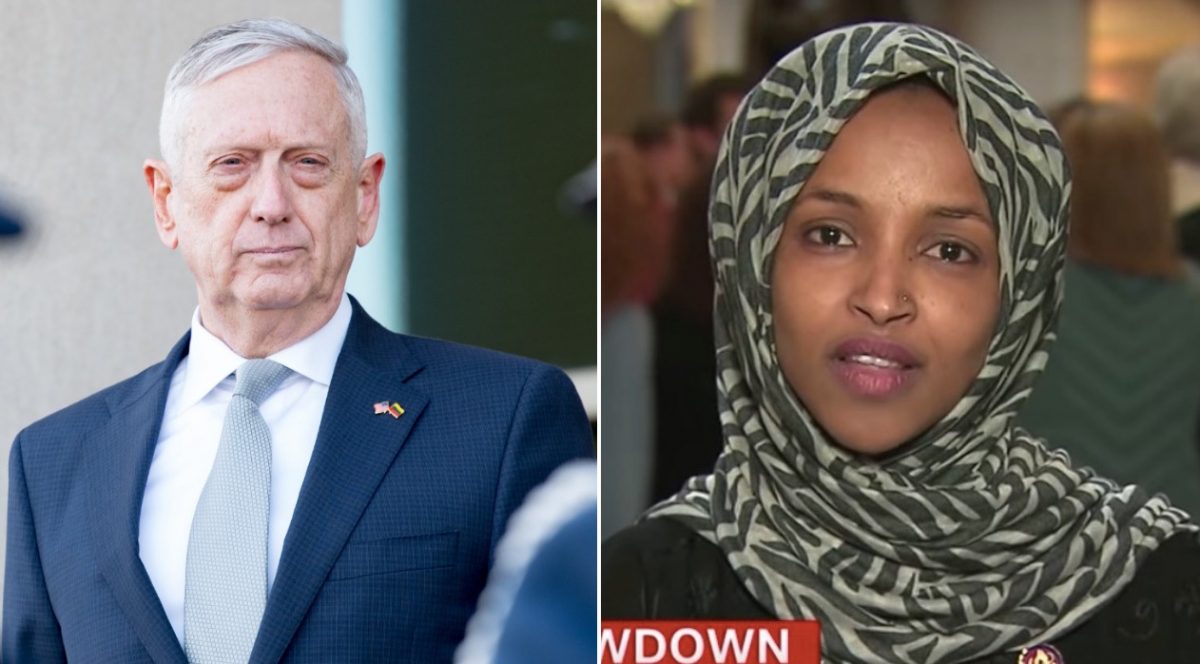 In another post on Sunday, NowThis News proves they rely on their audience to not watch the videos they put out in order to push a narrative. In their Sunday video, they compare former Secretary of Defense James Mattis’ criticisms of Israeli policies with Rep. Ilhan Omar’s (D-MN).

To prove they had “made the same critiques,” NowThis News included part of his interview with CNN anchor Wolf Blitzer from 2013, “but the reaction was a lot different.”

Trump’s former defense secretary made the same critiques of U.S.-Israel policy as Rep. Ilhan Omar — but the reaction was a lot different pic.twitter.com/3KQBm7200I

For those that actually watched the video, we have to look at not just what Mattis said about Israel, but also how he said it.

“The current situation is unsustainable. It’s got to be directly addressed,” Mattis said. “We don’t want to turn this over to our children — this thing that we have lived with our entire adult lives. We have got to find a way to make the two-state solution that Democrat and Republican administrations have supported.”

Mattis went on to say it’s probably not wise to have Israeli settlers to continue their moves because then it is going to make it impossible to “maintain a two-state option.” He said if they continue, then it could lead to the Jewish state ceasing to exist or it could lead to an apartheid state.

He added he paid a military price every day when he was in charge of U.S. Central Command “because the Americans were seen as biased towards Israel and that the moderates all the moderate Arabs who want to be with us, because they can’t come out publicly in support of people who don’t respect for the Arab Palestinians.”

To say Mattis had “made the same critiques” as Omar is a failure to understand why people criticize Omar in the first place. At no point did Mattis accuse Israel supporters of having dual loyalty or accuse Israel of hypnotizing the world to hide their “evil doings.”

The reason why “the reaction was a lot different” over his comments was that he was not using anti-semitic tropes.

Omar, however, has done the opposite. Even when it comes to the use of apartheid, Omar has repeatedly called Israel an apartheid state, whereas Mattis said the situation could devolve into it and also suggested it could lead to the Jewish state ceasing to exist in the same sentence.

Some have foolishly suggested that Mattis was just better with his words since he is older and was able to say the same things as Omar in a more subtle way. This shows that people truly do not know the history of the Patron Saint of Chaos and why he was popular with the troops in the first place.

Mattis was loved by the rank-and-file because he was the opposite of subtle and spoke his mind. His no BS attitude is what got him in trouble for saying he liked to shoot terrorists because they deserved it.

If he truly believed Israel was a genocidal regime, hellbent on pressuring American supporters to have dual loyalty, then he would have said so.