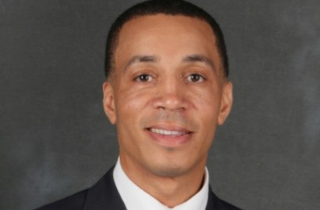 An Ohio city councilman has come under fire for his negative treatment of 911 emergency dispatchers during a call he placed in June to complain about a physical altercation outside his home.

911 tapes show Cleveland Councilman Eugene Miller cursing and shouting at dispatchers about what he claimed was “about 100 sorry black kids out here acting a fool” on his front lawn. “I’m just sick of this shit,” he said, describing how the group was “fighting” in front of his home.

When the dispatcher attempted to follow protocol and obtain more information from Miller in order to put in the correct assignment, the councilman snapped: “Just get the fucking police over here, okay?” he said.

Patiently, the female dispatcher replied, “I understand that you’re ticked off but you still have to tell me what’s going on so I can code my assignment correctly.” Unhappy with such a response, Miller threatened to call the police chief himself.

In another call from the same night, when a dispatcher asked Miller for his phone number — a standard operating procedure — the councilman balked and demanded to speak with a supervisor.

Miller’s comments have served as fuel for his challenger, Jeffrey Johnson, in an upcoming council race. “His loss of control, no matter the reason, and his belittling of the dispatcher is unacceptable behavior by an elected member of the city council to a city employee,” Johnson said in a statement, according to the Cleveland Plain Dealer.

The councilman has apologized, however, telling local news that “I made a mistake being rude to the 911 operator. If I had it to do over again I wouldn’t do it that way.”

Listen to the three separate NSFW calls below, via Cleveland Plain-Dealer: