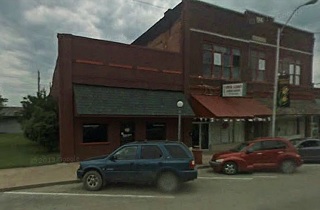 While the race of the suspects dominates the national coverage of the murder of Australian baseball player Chris Lane, police in Duncan, Oklahoma say their number one concern, at this point, is recovering the murder weapon, and discovering how the suspects obtained it. A Duncan Police Department source working on the investigation tells Mediaite that one possibility that they’re looking into is that the guns made their way to Duncan from a gun and pawn shop burglary in Tulsa, Oklahoma earlier this year. In February, thirty handguns and a rifle were stolen from City Gun & Pawn in Stigler, Oklahoma:

Thirty-one firearms were stolen from a Stigler, Okla., business and now the Bureau of Alcohol, Tobacco, Firearms and Explosives (ATF) is offering a $1,000 reward leading to the arrest and conviction of the suspects.

The burglary happened at City Gun & Pawn on north Broadway in Stigler on Feb. 13, according to ATF. One rifle and 30 handguns were taken. The owner reported the theft the following morning to the Stigler Police Department.

Police describe the neighborhood where Chris Lane was shot as “affluent” and “upper middle-class,” with a handful of older houses left over from the area’s more rural days. It was at one of these houses that the three murder suspects, 17 year-old Michael Jones, 15 year-old James Edwards, and 16 year-old Chancey Luna, were hanging out when they spotted Chris Lane going out for a jog. As the world now knows, the three teens allegedly pursued Lane, shot him in the back and killed him out of “boredom.”

That house on Country Club Road was also a known hangout for an armed robbery crew that was apprehended in April:

Duncan police say they have four suspects in custody in connection to last week’s string of armed robberies at three convenience stores.

Investigators say three men in their 20’s and a 17-year-old boy are behind bars tonight.  Police believe they’re the ones behind the masks including the Michael Myers mask from the movie “Halloween” seen in the image stills from the robberies. They took the 17-year-old into custody Wednesday night and say he admitted he is one of the robbers.

Duncan police say they owe it all to the joint efforts of their department and tips from the public. Investigators say the young men in custody are part of a larger group known for their petty crimes. They say they’re just glad police caught them before things got worse.

According to a Duncan Police source working on the Chris Lane investigation, one of the guns recovered in the armed robbery arrests was from the Stigler burglary, and the suspects in that string of armed robberies were “associates” of the three suspects in the Chris Lane murder. Investigators are looking into the Stigler burglary as the possible source of the murder weapon, which has still not been recovered.