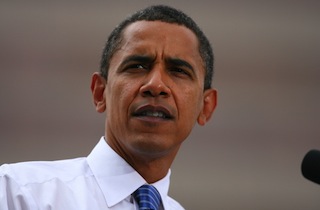 A new Washington Post/ABC News poll found problems for Democratic candidates heading into the 2014 midterms, as demographics key to the Democrats’ 2012 win sounded iffy about voting while Republicans were eager to head to the polls. The so-called enthusiasm gap could erase leads Democrats have on a swath of issues and imperil their control of the Senate.

Only 53% of 18-39-year-olds said they were “certain” about voting, while only 55% of non-whites said the same, both groups that tend to lean Democratic. Older respondents and white men, by contrast, were much more likely to report themselves as certain to show up on election day.

Respondents gave President Barack Obama a 41% approval rating, lower than some recent polls that have found his numbers back up into the mid-forties, and were equally woeful about his handling of the economy. Approval on his handling of the situation in Ukraine is only 34%.

RELATED: Poll: GOP Voters Much More Enthusiastic to Vote in November than Democrats

Meanwhile, Democrats enjoy an advantage on most issues save spending, deficit reduction, and guns, and maintain significant leads on women’s issues, gay marriage, climate change, and the minimum wage. However, a “pox on both their houses” attitude reigns in response to congressional approval, with respondents overwhelmingly blaming both parties for the what they view as a stagnant economy.

The Affordable Care Act registered a 44/48 approval rating, up from its doldrums in December. But respondents did not find it to be helping the health care system or its costs on a systemic or individual level.