Rafael Cruz Slams Trump and Evangelicals Who Vote for Him 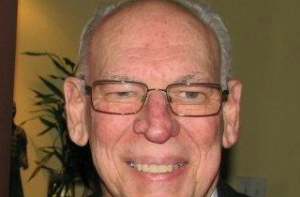 While in Nashville at the National Religious Broadcasters convention, Steve Deace landed Rafael Cruz as a guest on his show. In keeping with the convention’s theme, they started talking about religion and its role in politics.

The question was a great one because Cruz’s son Ted Cruz is running for president and was expected to dominate the Evangelical vote. Trump has somehow ended up doing that in spite of insults to the community and a demonstrated lack of ecclesiastical know-how. Because of this, Cruz was all too ready with his answer:

Well, I think that they’re defining evangelicals in a very loose manner. If we look at the numbers, those that are people that call themselves born-again Christians that are committed to the lord, we won overwhelmingly among that group. Unfortunately — and this is a message that I have been carrying to America, as you said, for several years — there are too many people in the church that have actually become lax about the word of God, that they are being more concerned with being politically correct than being biblically correct, they have diluted the word of God in order to be palatable to everyone.

Questioning someone’s faith didn’t work well for Pope Francis or for Jeb Bush, but it has been a winning strategy for Trump, so maybe the older Cruz is onto something here. Then again, Trump has already beaten him to that punch, accusing the candidate of phony Evangelism:

How can Ted Cruz be an Evangelical Christian when he lies so much and is so dishonest?

This is sort of what the Cruz camp gets, I suppose, for insisting that there is no real separation of church and state. Don’t dish what you can’t take!