Roger Stone Shares Image of Judge Presiding Over Case with Crosshairs: ‘Help Me Fight for My Life’ (UPDATE) 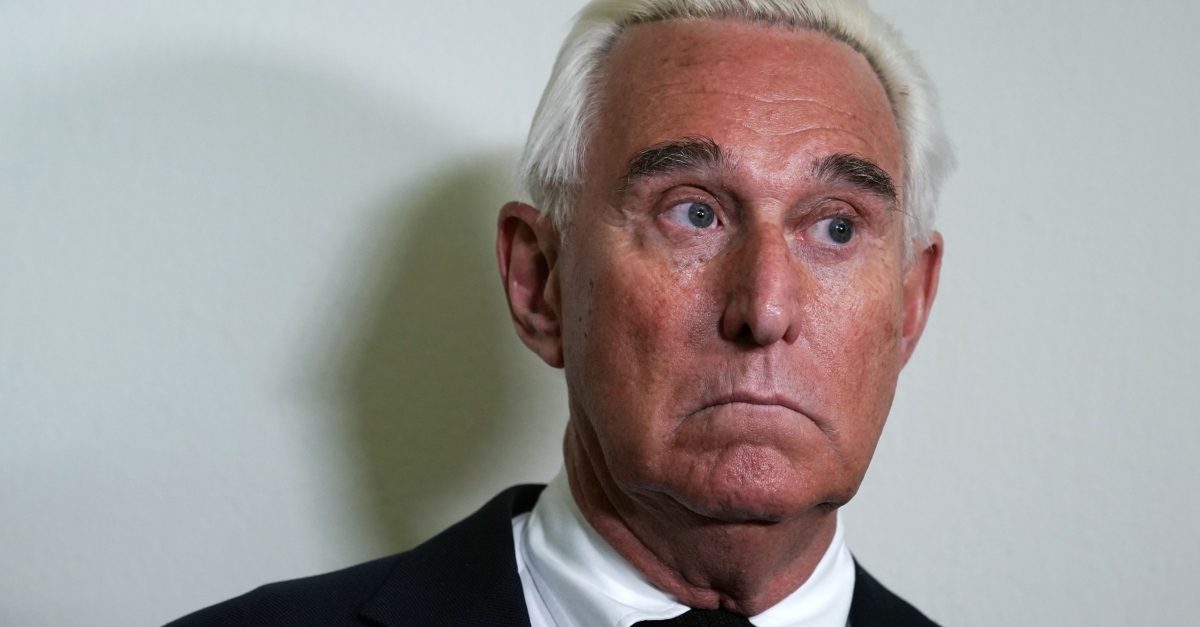 Roger Stone might’ve made his legal battles more complicated thanks to the picture he just put up of the judge who’s presiding over his upcoming court appearance.

Stone posted a photo of District Judge Amy Berman Jackson on his Instagram that, it would seem, shows her face right next to a set of crosshairs. He also describes her supervision of his case as the newest legal weapon “Deep State hitman” Robert Mueller has pulled out against him, so he’s asking people to give him money for his defense fund. 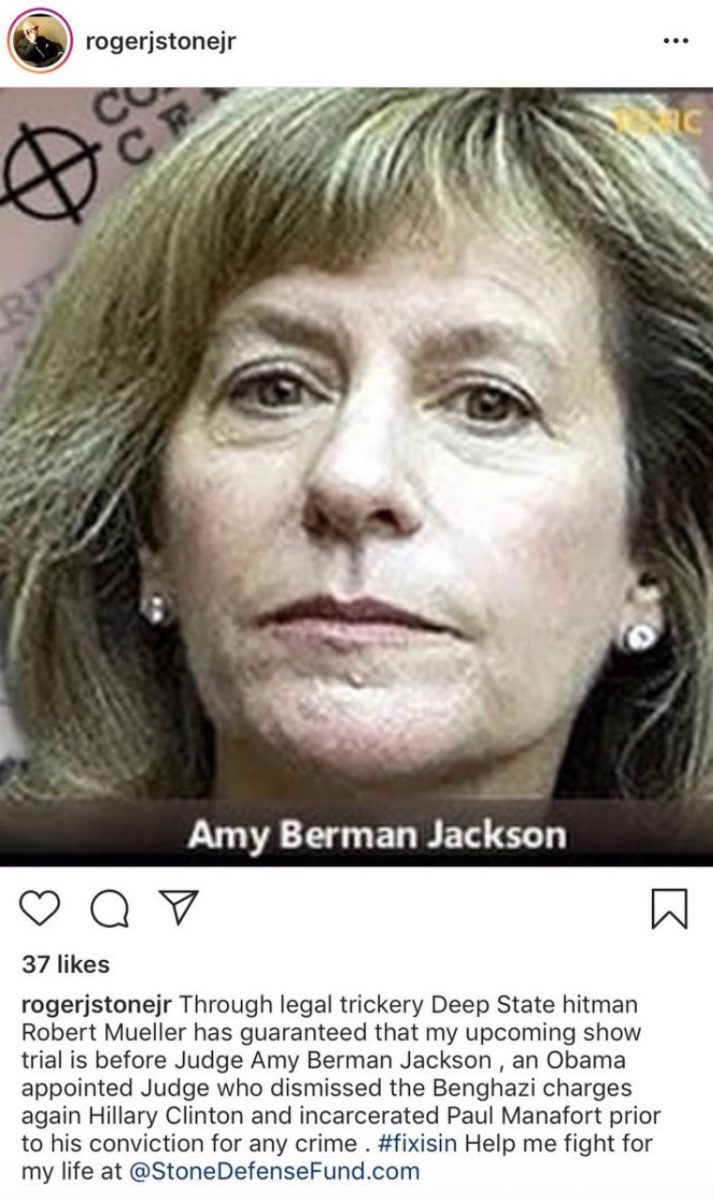 The original photo has been deleted, but Stone re-upped the post with the same message and a zoomed-in photo of Jackson, without the crosshairs.

Stone has been a recurring news subject ever since the FBI took him into custody at his house several weeks ago. Stone has been charged with multiple counts of obstruction, false statements, and witness tampering, many of them revolving around his alleged lies to Congress and open questions about whether he was a conduit between Wikileaks and the Trump Campaign during the 2016 election.

3:56 p.m. ET: Stone has made a statement to Kathryn Watson of CBS News.

Roger Stone texts me this in response to my inquiry about his Instagram post of Judge Amy Berman Jackson that featured crosshairs in the background: pic.twitter.com/smh8bs4JD2

Stone adds: "One of the people who works for me posted it but I disagree that it violates any aspect of the judges order. Because it has been misinterpreted I ordered it taken down In though everything contained was factual."

I asked who posted it and about the crosshairs, and Stone said it was a "symbol of some type. This was a random photo taken from the Internet and not Photoshopped by anyone I know."