Rush Limbaugh Is Furious Over Prospect of a Black James Bond 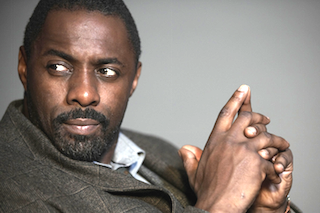 One of the many secrets revealed in the Sony email hack was a discussion about the possibility of Idris Elba, who happens to be black, playing James Bond after Daniel Craig decides it time for him to move on. “Idris should be the next bond,” Sony co-chair Amy Pascal wrote in an email, referring to the British star of Luther and The Wire.

Well, Rush Limbaugh just heard about this plan and he is not happy.

“James Bond is a fictional character, obviously,” Limbaugh told his listeners of the spy character created by Ian Fleming. “He was white and Scottish, period.”

“I know it’s racist to probably even point this out,” the host continued, uttering the beginning of a sentence that should probably never be finished, “but the franchise needs to get with it!” He added, “We had 50 years of white Bonds because Bond was white!”

After a detour through Jay Z’s favorite drink (“Crystal?”) Limbaugh suggested the casting would be analogous to casting George Clooney and Kate Hudson as President Barack Obama and First Lady Michelle Obama. Or how about Kelsey Grammar as Nelson Mandela? He then suggested Rob Reiner as “early” Al Sharpton. And George C. Scott (who’s dead) as Colin Powell and Scarlett Johansson as Condoleezza Rice. And so on…

Limbaugh admitted that all those people are real-life figures and James Bond is a made-up character. But in his view, 007 has always been white and should stay that way.