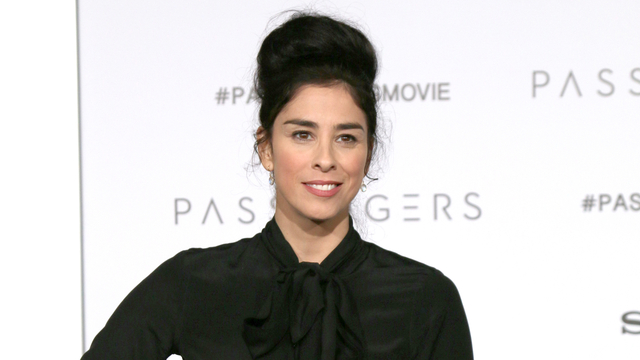 Not that she needs to, but Sarah Silverman has taken to Twitter to explain why she’s chosen not to become a mother. For her, she says, it was a choice between having children and living her “fullest life,” and living her fullest life is doing comedy and being on the road, which makes motherhood difficult.

As a comic always working & on the road I have had to decide between motherhood & living my fullest life & I chose the latter.

She further explained that it’s easier for men, saying she would “love to be a fun dad.”

@SarahKSilverman Men don’t have to do that. I’d so love to be a fun dad, coming home from the road & being my best fun dad self.

So this is just a lil fuck all y’all bc u can’t be a woman w/out sacrifice & that’s the fact jack.

And I ❤️ my comedian brothers that acknowledge this truth. They’re my family & for a lot of us women comic sisters, our only family

While lots of people praised Silverman, with one Twitter user calling her a comedy G.O.A.T., others, of course, took the opposite side, because you can never win with the Internet:

@SarahKSilverman Sarah. OMG. You chose the option that works best for you. Period. There is mother shaming in that statement.

@SarahKSilverman the universe is happy you have never procreated

@SarahKSilverman Agreed….you ARE TOO selfish to be a Mom. Thank you for recognizing that.