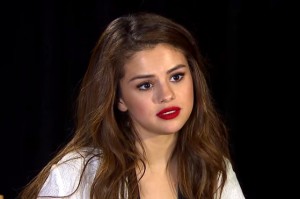 Selena Gomez has announced she’ll be taking time off to deal with “anxiety, panic attacks and depression” associated with Lupus according to People. In a statement to the mag she said, “As many of you know, around a year ago I revealed that I have lupus, an illness that can affect people in different ways.”

For her, that means her mental health has suffered. A source said that over the last few months, she “hadn’t felt like herself,” so she “decided to clear her calendar for the year in order to have this be her priority for future happiness.” The source also said that this is “absolutely not related to alcohol or substance abuse.”

Kenneth M. Farber, the co-CEO and co-president of the Lupus Research Alliance said in a statement, “It is not commonly known that depression, anxiety and panic attacks can be side effects of lupus. We are so proud of Selena for taking care of herself and bringing awareness to this sometimes very misunderstood illness.”

Gomez is known for her kindness to her fans, and didn’t forget them in her statement. She said, “Thank you to all my fans for your support. You know how special you are to me, but I need to face this head on to ensure I am doing everything possible to be my best. I know I am not alone by sharing this, I hope others will be encouraged to address their own issues.”

This is not the first time Gomez’s Lupus battle has caused her to take time off. In 2013, she took a break from touring to deal with the autoimmune disease, though she didn’t confirm rumors she had it until last fall.