So, How the Hell did Trump Get Elected? 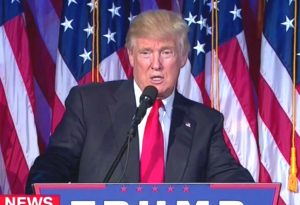 As I have been saying for over a year, Donald Trump was always going to lose to Hillary Clinton…

And make no mistake Trump winning was so stunning that it is obvious that even his own campaign was taken completely off guard. At one point after the votes were being counted, CNN reported that a Trump senior advisor said it would take a “miracle” for them to win. It appears that the lack of a robust organization and “ground game” actually left Trump’s own people blind to the “miracle” that was happening before them.

So, what the hell happened? As with most shocking events there are multiple explanations.

Yes, the polls were wrong, but not by a tremendous amount. Despite a significant Electoral College defeat, Hillary may well end up winning the popular vote.

It is clear, however, that there was indeed a “hidden” Trump vote, a premise that I wrongly never bought into (I actually thought that there was a better chance of a Trump’s vote being overstated). For the most part, while the black turnout was somewhat weak, Hillary got her vote out. I have been struck by the hesitancy of the news media so far to place any blame on FBI Director James Comey, but it seems almost insane to think that his actions didn’t significantly blunt her momentum after she had “won” all three of the debates.

However, there was indeed an enormous turnout for Trump. How did this happen without Trump even having a legitimate get out the vote operation? Well, it now appears that television alone in enough to drive turnout in a presidential election. Of course, a large part of what drove that turnout was widespread hatred and distrust of Hillary (something for which Comey is certainly at least partly responsible), but there has to be much more to it than just that.

A large part of why I was so convinced that Trump could never win was that so many more voters saw him as “unqualified” for the job in comparison to Hillary. It never occurred to me that so many Americans would vote for someone for president who they thought is clearly less qualified for the job than their opponent. Evidently, celebrity and anger are far greater forces than I ever imagined possible. We also obviously have a massive education problem in this country.

Politically, this was indeed like “Brexit” but in a way that is slightly different from perceived. Yes, this was about nationalism, but I also think that, like with “Brexit,” there was some complacency at the very end when the “rational” people gave out a sigh of relief that what seemed to be an insane outcome was supposedly out of reach. I also sense that the wave of entertainers which universally pledged support for Hillary at the end, in a fairly unprecedentedly overt fashion, may have backfired in the sense that some people felt like they were being “sold” too hard on a product they didn’t like.

Similarly, there is no doubt that this is a giant “F-you” to the news media. As a long-time ardent critic of the news media it is one of the saddest elements of this travesty that I can’t even enjoy this development because of what it likely means for our country. Ironically, I believe that the news media is the number one reason that Trump was elected.

One, because they gave him the GOP nomination, and two because they were actually too distracted to properly take him out in the general election (this prediction I made about that possibility is about the only one I made this year about Trump which still has merit). Normally that should not be the role of the news media, but in this case I believe if they had simply told the full and relevant truth about Trump in an effective manner that this would have happened in its own. Trump actually gave them far too many things to attack him with, while the vast majority of Hillary’s negative coverage was on just one basic issue (the emails and Wikileaks). The media never drilled long enough on one topic to strike real oil with Trump. Clearly the drilling of the one subject forever on Hillary did significant damage to her.

The news media needs to take primary responsibility for this fiasco. They had Trump on the ropes numerous times and allowed him to survive partly out of incompetence and partially because they feared ending this lucrative contest prematurely. They played with fire and the country got burned. How badly, we obviously don’t know yet, but making this injustice they provoked even more infuriating is the fact that they will be rewarded with enormous ratings for the next four years. No one will get fired for having enabled Trump’s rise. In fact, many very bad people will have their careers greatly enhanced.

That is the ultimate lesson of this insane campaign. What is good for the country is now meaningless for the news media. This is all just a game to the media where the only goal is their own aggrandizement, the country be damned. And this time the country might really be.