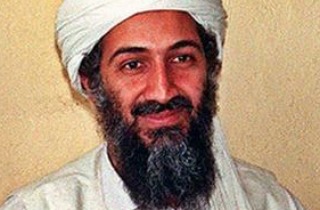 It’s been five years now since American SEAL operatives managed to corner Osama bin Laden in his Pakistani compound, and questions remain over why the government won’t release pictures of his body. According to a veteran of the Army Special Operations, the precise reason is because the terrorist leader was mutilated so badly that pictures might actually cause an international scandal.

Jack Murphy put out an article on SOFREP where he commented on “No Easy Day,” a book from Matt Bissonnette about the efforts of SEAL Team Six.

“In his death throes, he was still twitching and convulsing,” Bissonnette wrote. “Another assaulter and I trained our lasers on his chest and fired several rounds. The bullets tore into him, slamming his body into the floor until he was motionless.”

However, Murphy said that Bissonnette’s account might have been the “most measured and polite description” for how the operatives emptied entire magazine clips into bin Laden when they found him.

Murphy explained that even though soldiers are allowed to shoot enemy corpses to make sure they’re actually dead, what happened with bin Laden was a “level of excess” that ran up to “pure self-indulgence.” Murphy expressed concern that what occurred might set a new ethical and legal level for Standard Operating Procedure, and that releasing pictures would present international political complications.

“The picture itself would most likely cause an international scandal, and investigations would be conducted that could uncover other operations, activities that many will do anything to keep buried.”