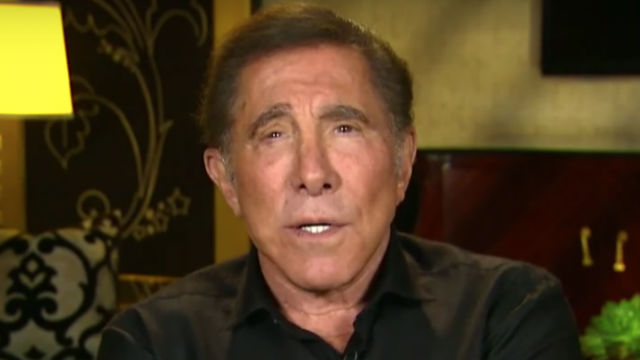 Casino mogul Steve Wynn is stepping down as CEO of Wynn Resorts in the latest bit of fallout from that recent bombshell report about allegations of sexual harassment against him.

After the Wall Street Journal report dropped, Wynn stepped down from his position as RNC finance chair, amid questions over whether Republicans would give back the money he gave them.

Tonight Wynn Resorts has announced in a statement that he’s stepping down as CEO:

“It is with a collective heavy heart, that the board of directors of Wynn Resorts today accepted the resignation of our founder, CEO and friend Steve Wynn,” said non-executive director of the board Boone Wayson. “Steve Wynn is an industry giant. He is a philanthropist and a beloved leader and visionary. He played the pivotal role in transforming Las Vegas into the entertainment destination it is today. He also assembled a world-class team of executives that will continue to meet the high standards of excellence that Steve Wynn created and the Wynn brand has come to represent.”

Wynn himself says that “negative publicity” has led to “a rush to judgment takes precedence over everything else, including the facts,” and he decided to step down.

He adds that Matt Maddox will be replacing him as CEO.