Remember how DNC Chair Tom Perez said Republicans don’t give a shit about people? Well, not only did he not apologize, not only did he say it again last night, but now the Democratic party is turning this line into a t-shirt. 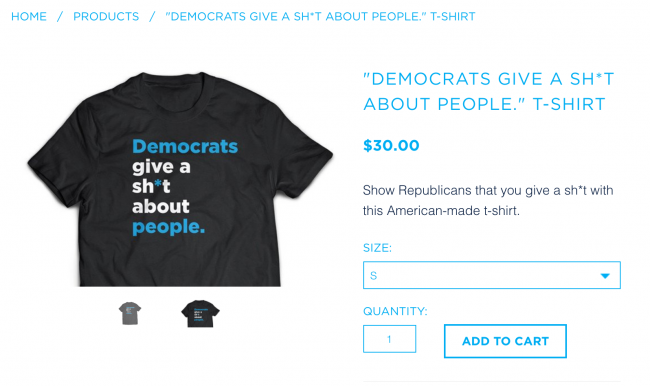 You will notice the description, “Show Republicans that you give a sh*t with this American-made t-shirt.”

And, because of course they are, both parties are sparring about the shirt on Twitter: