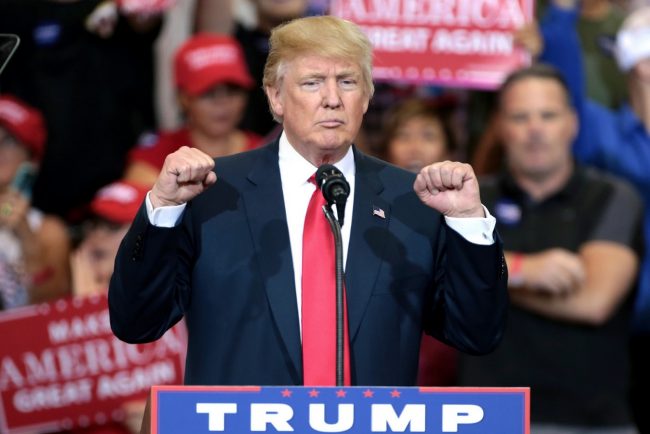 Donald Trump has officially been in office for one week.

He and his administration have told many lies in that time. News organizations are fretting about how to cover him, but one thing seems clear: we have to start calling a lie a lie.

This will be a weekly segment that focuses on Trump’s lies and, when applicable, the way the media calls them out. Let’s begin with an easy one.

When Kellyanne Conway coined the term “alternative facts” on the 22nd, NBC’s Chuck Todd argued back right away, “They’re falsehoods!”

See how this works? So, let’s get to it.

On the 21st, Trump started off his presidency by lying about how many people attended his inauguration. He has not stopped since.

When it comes to call-outs, the National Parks Service and D.C. Metro both used their Twitter accounts to step up to the plate. That counts as the media calling him out, sort of!

On the 22nd, we had Conway’s “alternative facts” statement, which was followed on the 23rd by Trump insisting that three to five million votes were cast illegally in the election he ended up winning. That is absolutely false, as pointed out by Jake Tapper of CNN. Even Representative Jason Chaffetz has stepped up to say he sees “no evidence” of the claims, as has Fox’s John Roberts.

Finally, the New York Times made it clear that his claim regarding illegal votes is a lie.

Also on the 25th, Trump lied when he said that he and Mexico’s president Enrique Peña Nieto had decided together not to have the meeting that had been schedule for today. That is not true. Nieto canceled the meeting himself.

The lies about voter fraud and inaugural crowd size were both repeated during an interview with ABC’s David Muir that aired on the 25th.

Check back next Friday to see the lies and replies of the week.